Introduction: HIV and syphilis co-infection is common in communities with high STI prevalence. We examined the association between active syphilis, HIV new diagnosis, and other determinants among adults aged 15-59 years old in Tanzania.

Methods: We analyzed data from the Tanzania HIV Impact Survey (THIS) from 2016 to 2017 to describe the prevalence of active syphilis and associated factors. THIS was a nationally representative cross-sectional population-based survey of households. Eligible household members between the ages of 15 and 59 were interviewed and tested for syphilis and HIV. Stratum-specific prevalence was calculated for active syphilis for strata of sociodemographic factors, HIV infection status, self-reported high-risk sexual behavior variables (e.g., sold sex in the last 12 months), age, gender, education, marital status, wealth, and neighborhood of residence. New HIV diagnosis was defined by a positive HIV test result in a person who reported being HIV-negative. We performed bivariate and multivariable logistic regression analysis to study the association between active syphilis status and participant characteristics and behaviors. All reported results are weighted and account for the complex survey design.

Conclusion: To reduce the burden of curable active syphilis among adults in Tanzania, routine HIV and syphilis testing should continue to be encouraged whenever possible. Furthermore, targeted interventions that focus on testing and treating sex workers and those who are divorced should be developed. 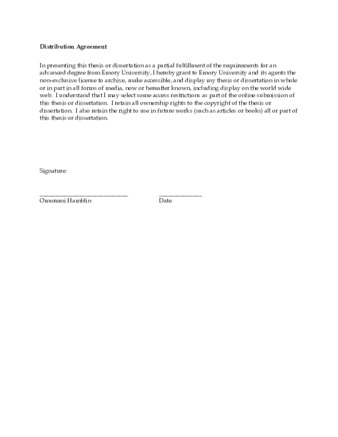