Several cis-2-methyl-6-substituted piperidin-3-ol alkaloids exhibit biological activities and thus have become important synthetic targets. To develop more efficient approaches to alkaloids, we have employed the aza-Achmatowicz oxidative rearrangement of N-tosylaminofurans to access the cis-2,6-disubstituted piperidine core. This key oxidation reaction was used to prepare a versatile intermediate which was then transformed to several piperidine alkaloids. Such methodology was demonstrated by the total synthesis of azimic acid, deoxocassine, cassine, and spicigerine. Additionally, we report a new method for obtaining optically active N-tosylaminofurans, also providing access to optically-active piperidine natural products.

Work focused on furan rearrangement chemistry has also resulted in the discovery of a novel iodine-promoted rearrangement reaction of 2-amidofurans to acyloxypyrrolinones. The reaction mechanism resembles the aza- Achmatowicz mechanism and is general for preparing several substituted acyloxypyrrolinones. Elaboration of these substrates provides a novel route to 2,4-disubstituted pyrroles present in many natural products.

Our interest in using furans to generate alkaloids also led us to test the IMDAF reaction as a route to the pentacylic alkaloid minfiensine. Minfiensine has shown a wide variety of medicinal activity but its synthesis continues to be a significant challenge. The preparation and cycloaddition of both 2-amidofuran and 2-imidofuran substrates were studied as an approach to minfiensine. It was possible to prepare the desired tetrahydroindoline using the intramolecular cycloaddition methodology. Conversion to the core skeleton of minfiensine is expected to be possible through a Buchwald/Hartwig amination/iminiumcyclization protocol and is currently being pursued.

Previously, extensive work in the Padwa laboratories has employed IMDAF reactions of indolo systems, providing routes to a variety of natural products. As an extension of this methodology, we tested the possibility of using the IMDAF reaction of related benzofuran systems as a potential route to morphine. A variety of 2-substituted benzofurans were generated and submitted to the cycloaddition conditions. The results obtained indicate that a significant amount of research is still necessary to determine both the electronic and conformational requirements for such the IMDAF reaction before the methodology can be applied toward a synthesis of morphine.

Chapter 1, Part A: Application of the Aza-Achmatowicz Oxidative Rearrangement for the Stereoselective Synthesis of the Cassia and Prosopis Alkaloid Family...1

Chapter 1, Part B: Iodine-Promoted Rearrangement of 2-Amidofurans to Acyloxypyrrolinones as a Route Toward the Formation of Functionalized Pyrroles...21

Chapter 2: An IMDAF-Based Approach to the Core Structure of (±)-Minfiensine...103

Chapter 3: Studies Towards the Generation of Morphine via IMDAF Reactions of Benzofuran Dienophiles...144 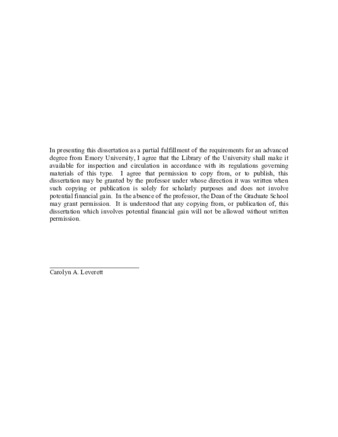