Delayed Treadmill Training and Synaptic Stripping of Axotomized Motoneurons
By
Natalee Kay Wilson
B.S., Emory University, Biology
Advisor: Arthur English, Ph.D.
A thesis submitted to the Faculty of the
James T. Laney School of Graduate Studies of Emory University
in partial fulfillment of the requirements for the degree of
Master of Science
in Biology
2011 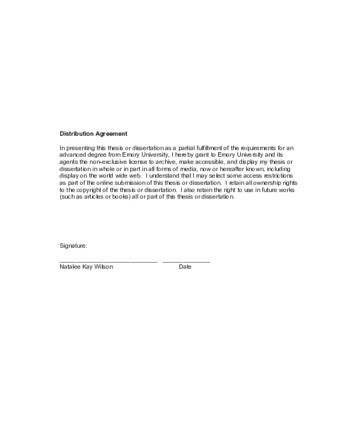