Background: Upon antigen encounter, naïve B lymphocytes are activated and differentiate to antibody-secreting plasma cells. Multiple transcriptional factors regulate this immune response, and 2,3,7,8-tetrachlorodibenzo-p-dioxin (TCDD) can suppress the process through interfering with the gene regulatory network. To better understand the systems-level mechanism and effect of TCDD on B lymphocyte terminal differentiation, we developed a stochastic mathematical model to simulate the molecular behavior underlying the process, based on previous literature and published studies. In the model when stimulated by the activator lipopolysaccharide (LPS), IRF4 is induced and coordinates with IRF8 to determine the cell fate. If LPS is strong enough, BCL6 would then be activated by IRF4 and initiate cell proliferation by inducing Myc and somatic hypermutation by inducing BACH2. However, when IRF4 reaches a higher level, BCL6 would instead be inhibited. Eventually, PRDM1 would be switched on with the drop of PAX5 through a coupled double-negative feedback loop. Through AhR-mediated repression of LPS-initiated signaling and augmentation of BACH2, TCDD can reduce the number of activated B cells and decrease the probability of differentiation. appropriately.

Result: Our result captured the expected dynamical changes in key transcription factors of B cells observed in mice stimulated by LPS. The B cell differentiation is an irreversible bistable switching process, and PRDM1 is the critical factor controlling the switch. It also illustrated a graded phenomenon with TCDD dose-response relationships. The numbers of IgM-positive cells and all living cells are generally more suppressed with increasing concentration of TCDD. The stochastic fluctuation in gene expression can modify the course of cellular trajectory and fate.

Conclusion: Most key events of terminal B lymphocytes differentiation were recapitulated by our model, but the quantitative prediction is limited due to the uncertainties within the model parameters. Therefore, further studies are required to explore the immune system as well as the disruption caused by TCDD and other dioxin-like compounds to make the model a useful tool for the risk assessment of dioxin’s induced immunotoxicity.

Cell Response to LPS Simulation in the Presence of TCDD 15

Table S3. Average initial steady-state levels of all molecular species in the model 34

Table S4. Boolean logic relationship among genes in the model      35 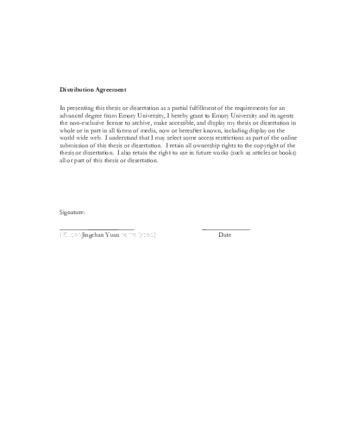