The vesicular monoamine transporter 2 is essential for the storage and release of dopamine, norepinephrine, and serotonin. While the etiology of Parkinson's disease remains obscure, it is known that vesicular monoamine function is disrupted in Parkinson's disease, and these neurotransmitter systems degenerate or are disrupted. In addition to the profound motor symptoms of PD, patients also experience a host of nonmotor symptoms, including psychiatric and autonomic disturbances. I hypothesized that disrupting vesicular storage of norepinephrine and serotonin would lead to dysfunction and degeneration of the respective neuronal systems. Using histological, pharmacological, and behavioral analyses, I assessed the integrity of the noradrenergic and serotonergic systems of mice with drastically reduced expression of VMAT2. In addition to nigrostriatal degeneration, VMAT2 deficient mice undergo severe and progressive loss of the norepinephrine-producing cells of the locus ceruleus, as well as reductions in noradrenergic innervation of the brain. We also assessed neurochemical innervation of the hearts of VMAT2 deficient mice and observed drastic reductions in norepinephrine and reduced expression of the norepinephrine transporter, which is consistent with the pathology of orthostatic hypotension in Parkinson's disease. Despite preservation of the dorsal raphe and efferent innervation, VMAT2 deficient mice exhibited neurochemical depletion of serotonin that resulted in aberrant response to serotonergic agonists. Collectively, these data indicate that reduced vesicular monoamine function wreaks havoc on the noradrenergic and serotonergic systems, causing general monoamine depletion, degeneration of the locus ceruleus, and disruptions in serotonergic function, all of which can drive the nonmotor symptoms of Parkinson's disease.

Chapter 4: Reduced vesicular storage disrupts serotonin signaling but does not cause degeneration of serotonin neurons...112

On the staging of LC and SN loss and the relative toxicities of cytosolic DA and NE...154

A challenge to the cytosolic catecholamine hypothesis: the invincible VTA...157

APPENDIX: Adaptation of CLARITY: Hydrogel tissue clearing on a shoestring...168 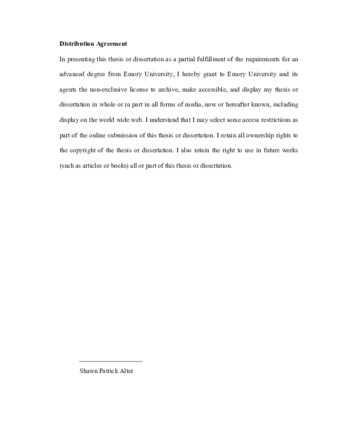