This thesis analyzes the charges of genocide and crimes against humanity in the context of the Nuremberg Einsatzgruppen trial (1947-48) and the role that each charge played in the formation of modern international criminal law. Prior to the International Military Tribunal at Nuremberg (1945-46), international law was designed to govern the laws and customs of combat between sovereign states. However, the atrocities committed by the Nazis during World War II prompted contemporary legal thinkers to consider expanding the purview of international law in order to protect the human rights of civilians. On the eve of the International Military Tribunal, Hersch Lauterpacht minted the concept crimes against humanity for use in the courtroom. The new legal phrase was used to prosecute Nazis who had committed atrocities against civilians as part of a state-sponsored campaign. Around the same time, Raphael Lemkin devised the word genocide to refer to the intent to destroy an ethnic, racial, or religious group in whole or in part.

The legal basis for the main Nuremberg Trial, Control Council Law No. 10, enabled each victorious Allied country to conduct their own series of trials against Nazi war criminals. American prosecutors conducted a series of twelve additional trials between 1946-49, which are now known as the subsequent Nuremberg proceedings (SNT). The Einsatzgruppen trial was the ninth SNT where American lawyers prosecuted twenty-two high-ranking officials who oversaw the murder of Polish and Soviet Jews by way of mass shootings.

In this thesis, I argue that the Einsatzgruppen trial represented the most apparent legal confrontation with the crime of genocide to date. However, the processes and politics surrounding the Nuremberg trials made the formal prosecution of genocide virtually impossible during the time that the trial was taking place. Instead, crimes against humanity was used as the principle charge during the Einsatzgruppen trial. The difficulties encountered by American lawyers at Nuremberg provide a reflection of the challenges faced by modern-day human rights lawyers in securing convictions for the charge of genocide. 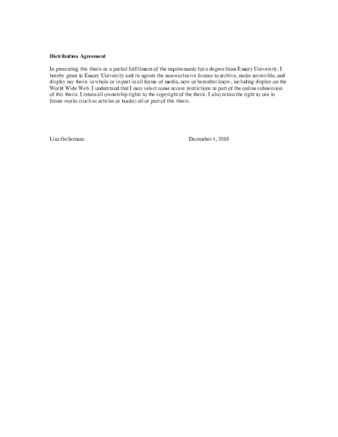