Drawing on five years of ethnographic fieldwork in Atlanta, Georgia, this study analyzes
how couples in which one spouse is Jewish and the other is not Jewish understand their
religious lives. American Jewish discourse over the twentieth and early twenty-first
centuries has framed intermarriage as a key indicator of Jews' assimilation to American
society, and cast it as a threat to "Jewish continuity," meaning the continuation of
Judaism as a distinct religious, cultural, and ethnic entity. My ethnographic data show
that while American individualism is heavily influential in at least some intermarried
Jews' lives, it functions in complex, subtle, and contradictory ways.


My intermarried informants governed their families' religious lives using discourses that
I call "ethnic familialism" and "universalist individualism." Ethnic familialism draws on
nostalgia, ethnicity, and biogenetic kinship. Universalist individualism emphasizes
individuals' duty to rationally choose their religious beliefs and practices, and holds that
all religions teach the same values. Both of these languages shaped my informants'
religious lives, as did traditional gender roles from American and Jewish cultures,
whether my informants embraced or consciously rejected them. Non-Jewish women
married to Jewish men often experienced the paradoxical demand to take leadership roles
within the family in educating children to be Jews. In doing so, they transformed
traditional religious boundaries while seeing themselves as continuing those traditions.
Lastly, Atlanta rabbis whom I interviewed also struggled to reconcile Jewish norms with
lay people's and their own understandings of personal autonomy.


Although intermarriage discourse demonstrates a great deal of anxiety about the
assimilation of intermarried Jews, I argue that this discourse is a proxy for a more painful
and difficult debate about personal autonomy and Jewish peoplehood more generally.
The tensions of individualism and communal participation and obligation are inevitable
for American Jews whether they are endogamous or intermarried. By framing these
discourses in the contexts of American morality and religion, as well as secularization
theory, these tensions are revealed to be part of the fabric of contemporary American
Jewish experience. This contextualization also helps to depict intermarried Jews and their
families in a more humanistic way.

Chapter 1: Secularization and the Transformation of Jewishness 1-32

Chapter 2: "What do you stand for when you wish to remain separate?" American Jewish Discourses on Intermarriage 33-57

Chapter 6: The Adaptation of Jewishness to Modernity 194-215 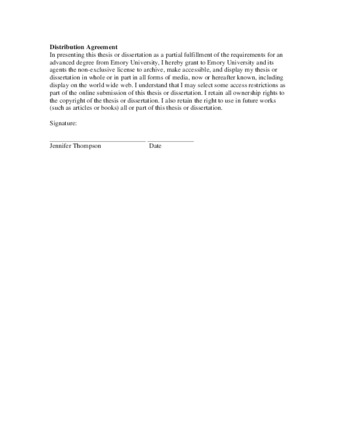