The synchronized depolarization of hippocampal neurons, known as theta, is present in rats during learning and REM sleep. The MS is the hypothesized pacemaker for the hippocampus and is primarily composed of three types of neurons: cholinergic, glutamatergic, and GABAergic. It is currently unknown which cell type(s) generate theta rhythm. In order to investigate the connectivity between the neurons of the MS and hippocampus, it is necessary to be able to specifically target and activate/inhibit each cell type separately. Optogenetics utilizes viral vectors to specifically express light sensitive ion channels/pumps (LSICs) in particular cell types in the central nervous system, providing millisecond-precision activation or inhibition. Aim 1 of this project is to investigate the specificity of the unique promoter sequences CaMKIIα and hSynapsin as well as the specificity of ChAT-CRE transgenic animals to neuron phenotypes in the MS. Semi-quantitative cell counts can be used to determine the phenotypical breakdown of hSyn-expressing neurons. Aim 2 of this project is to quantify optogenetically activated neurons using the presence of c-fos in the nucleus. Stereotactic injections of AAV viral vectors were made in the MS, followed by implantation of an optical ferrule targeting the MS. Stimulation procedures utilized LED light. ChAT-CRE-transgenic rats allowed for precise targeting of cholinergic neurons for the expression of either the hChR2 or eNpHR3.0 opsin. The unique promoter sequence CaMKIIα allowed for exclusive targeting of glutamatergic MS neurons for the expression of either opsin. The promoter sequence hSynapin (hSyn) was observed to target all three cell types. When quantified, cells expressing hSyn were identified as GABAergic and glutamatergic significantly more often than cholinergic. Misidentification of GABAergic and glutamatergic MS cells is a concern due to the punctated appearance of both GAD and VGLUT antibody stains; however, it may be that hSyn is expressed in glutamatergic MS cells which project to GABAergic cells within the MS as well. C-fos was not observed within the stimulated region in any animal but was observed in downstream structures and other regions. This experiment remains inconclusive. Perfusion and fixation quality and stimulation paradigm may have an effect on expression and visualization of c-fos.

Part I: The Current State of Epilepsy Therapy and Treatment. 1

Part II: The Medial Septum is a Target for Hippocampal Control. 2

Part IV: Prior Data, Hypothesis, and Aims of this Project. 8

Part V: Long Term Utility of Optogenetics as a Therapy/Treatment for Epilepsy. 11

Part II: C-fos Expression in the Medial Septum and Hippocampus as a Marker for Activation. 27

Part I: Immunohistochemical identification of opsin-expressing cells and promoter specificity to cell-types. 33

Part II: C-fos expression as a marker for optogenetic activation. 37 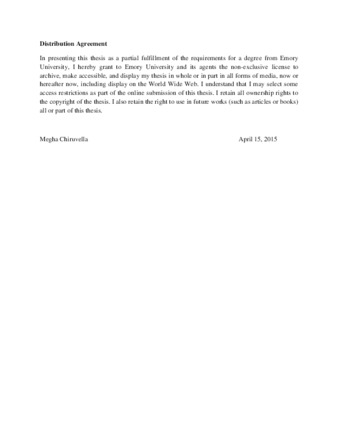