Schistosomiasis, an extremely widespread parasitic disease, is caused by flatworm parasites that transmit between freshwater snails and humans. Humans become infected after coming into contact with juvenile worms (cercariae) that are released by infected freshwater snails. Infected snails that consume more and/or better food release more cercariae, and thus pose a greater risk for humans. However, competition for resources among snails can limit an individual’s parasite production. Here, I examined how asymmetry in body size affects snail competition. Using the Biomphalaria glabrata (snail) – Schistosoma mansoni (trematode) system, I manipulated the size of a focal individual (small or large) and its competitive environment (no competitor, small competitor, or large competitor; thereby creating size- symmetric and size-asymmetric pairings) and measured growth, reproduction, and parasite production in two separate experiments over 80 and 42 days, respectively. I hypothesized that large infected hosts would exert greater competitive effects than small individuals. I also hypothesized that large individuals would be less sensitive to competition than small individuals.

Both experiments revealed competitive effects on focal snails. In the second experiment, which was conducted at a lower food level, larger competitors exerted greater effects than smaller ones, consistent with my hypothesis. Unfortunately, few snails became infected in either experiment, so I was unable to assess the effects of size asymmetry on infection dynamics. However, given the positive effect of resource acquisition on cercarial production, I suspect that competition involving relatively small infected hosts could disproportionately disrupt parasite transmission.

a.    Albino Snail Growth and Maintenance…5

a.    Snail Size is Restricted by Competition…7

b.    Snail Reproduction is Restricted by Competition …7

c.    Snail Size can be Restricted by Size Asymmetric Competition…7 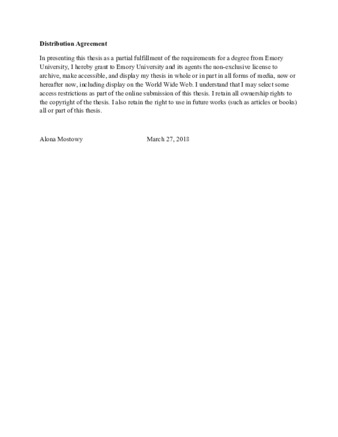