The Militarization of Public Security and Violence: A Study of the Mexican Case

Previous studies have analyzed the effects of militarization on levels of violence in regards to the drug war in Mexico, but they have been forced to adopt qualitative approaches due to data constraints. With the recent release of newly refined data, however, scholarship is able to employ empirical analyses when studying this relationship. The paper presented here is one of the first studies to quantitatively analyze the effects of militarization on levels of violence in Mexico. Even though I am unable to solve the problem of endogeneity, as greater violence may result in the use of the military to confront domestic security threats, I can still suggest possible correlations between troop deployments and drug trafficking related homicides. Generally speaking, the relationship between troop deployments and homicides is strongly and positively correlated, suggesting that militarization can lead to greater levels of violence. More specifically, the use of the military to confront drug cartels can possibly increase the amount of drug cartel member deaths and fatalities of persons of authority. On the contrary, it appears that militarization may not result in heightened fatalities caused by violent confrontations. Instead, the geographic location of the state might be a more significant causal factor, as border states tend to have higher amounts of violent confrontation deaths than non-border states. Finally, the results suggest that economic conditions do not have a significant impact on levels of violence. 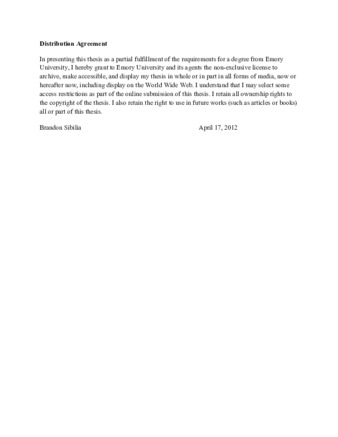