Revelation is not a timetable telling when future particular events will happen, nor is it full of bloody vengeance. These misunderstandings result from the book's puzzling structure, its mixed literary genres and its complex apocalyptic portion with many interludes (4-22). To get a better understanding of its structure and consistent message, I propose that chapters 4-5, as the blueprint of God's kingdom, connect the letter section (1-3) and the apocalyptic section (6-22) and that the relationship between the two-fold Christology and two-fold ecclesiology of "suffering and victory" affects its structure. Through "literary" and "historical-critical" exegesis, we come to know that God's holiness and the Lamb's victory in heaven depicted in 4-5 are intended to be contrasted with the unfaithful church on earth (1-3). Revelation pictures the three series of seven (6-20) as the process of bringing the eschatological presence of God's holiness and Jesus' victory from heaven (4-5) to earth (21-22). In addition, Revelation links "the Lamb's two-fold image of suffering and victory" in chapter 5 to its portrait of "the two-fold ecclesiology." To give encouragement and hope to the church on earth, Revelation connects in an apocalyptic way the earthly church, which suffers as a faithful witness, to the heavenly church, which has already triumphed and shares the Lamb's victory and God's glory. In God's kingdom, these two churches on earth and heaven become one whole holy church as the Lamb's bride (21:2-3; 9-27); the bride (ecclesiology) and the Lamb (Christology) then become one at the wedding. This two-fold Christology and ecclesiology, forming the tensional structure of Revelation, result from the unique Christian experience of the "already" and "not yet" of God's kingdom in Jesus Christ. Therefore, Revelation admonishes its original readers and us to repent and to live as sacrificial witnesses "here and now" in the tension between the "already" and "not yet" of God's kingdom (3:3; 16:15). In this sense, chapters 4-5, as the blueprint of God's kingdom, play a key role.

A. Misunderstandings of Revelation 1

B. The Problem of Structure 3

C. A Brief Review of Studies on Structure 8

II. Genre: Similarities and Differences between Apocalyptic Literature and Revelation 13

A. The Political and Religious Situation and the Purpose of Writing 19

B. The Seven Messages to the Churches in Asia 24

IV. Holy Worship in Heaven: The Blueprint of God's Kingdom in 4-5 as Main Text 26

B. Twenty-four Elders in Heaven 30

D. Universal Praises for God's Holiness and the Lamb's Victory 38

E. The Lamb's Suffering and Victory: the Two-fold Christology 39

V. The Suffering Church and the Victorious Church: the Two-fold Ecclesiology 41

A. The Realization of God's Holiness and the Lamb's Victory 57

B. The Unification of the Churches on Earth and in Heaven, and of the Lamb (Christology) and His Bride (Ecclesiology) 58 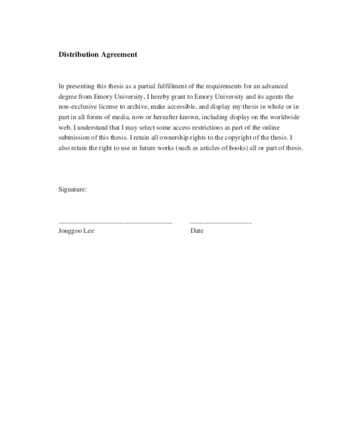