Abstract
High Resolution X Chromosome Copy Number Variation in Autism
The autism spectrum disorders (ASD) are a broadly defined set of developmental
disorders that include autism and Asperger syndrome. Individuals with ASD are defined
as having impairments in social interaction, deficiencies in communication, as well as
restricted and stereotyped behaviors and interests. Leo Kanner first described autism in
1943, and subsequent twin and family studies have demonstrated a substantial genetic
component underlying ASD. A marked increase in the prevalence of ASD has been noted
in the last decade, and the most recent estimate suggests a prevalence of 1:88. A four- to
ten-fold male preponderance of ASD suggests the existence of sex-specific risk alleles
and the possibility of a recessive susceptibility locus on the X-chromosome. In the last
eight years, copy number variation (CNV) has been appreciated as a rich source of both
inherited and de novo human genomic variation.
Technological advances in array Comparative Genomic Hybridization (aCGH), the
common microarray based assay used to assess copy number state, have enabled
detection of increasingly smaller variants. We developed a custom high-density array
consisting of 2.1 million oligonucleotide probes dedicated to the X-chromosome. Non-
repetitive sequence is probed at a resolution of one probe per 50 bp or 96.8 megabases of
unique sequence. Additionally, we further enhanced the stringency and thus rigor with
which samples are interrogated by developing a hybridization and wash protocol for the
Tecan HSPro 4800. The application of this machine standardized hybridization, wash,
and dry conditions across all samples.
Using our custom X-chromosome CGH microarrays, we screened three cohorts for X-
chromosome CNV. The first cohort was a series of 100 ASD males from the Autism
Genetic Resource Exchange collection. Our second cohort of 64 ASD males was derived
from the Simons Simplex Collection. Finally, our third cohort consisted of 100 males
from a National Institute of Mental Health control population where individuals were
selected as controls for the study of neuropsychiatric disease. In total, 164 ASD males
and 100 non-ASD males were evaluated for X-chromosome CNV.

I.I.a Background and prevalence of the autism spectrum disorders

I.I.c Genes and loci causal and implicated in ASD

I.II.a Knowledge of CNV as discerned from oligonucleotide-array based studies

I.II.b CNV in the ASD

I.III A role for the X chromosome in ASD

I.III.a A hemizygous X chromosome as a susceptibility to ASD

I.IV.a Summary of autism, CNV in disease, and the X chromosome in ASD

I.IV.c Summary of our experiments and samples studied

II.I.d Experimental steps that were altered

II.III.c Results from the Sum of All Optimized (Experimental and Computational) Steps

III.I Introduction to Copy Number Variation on the X Chromosome

III.II.a Study One: Four individuals from AGRE on the 385K array using the NimbleGen protocol

III.III.c Candidate genes that have been validated and remain to be validated

IV.III Why might we have not found loci involved with ASD?

IV.IV Alternative hypotheses that may explain our findings

IV.IV.a Our cohorts are comprised of a genetically heterogeneous population

IV.IV.b Observed CNV may have reduced penetrance in a normal population

IV.IV.c CNV identified in our cohorts may require additionally altered loci for a manifestation of autism

IV.IV.d Partial inactivation of X chromosome loci can act as susceptibility loci to ASD in males.

V.VII Analysis of CNV identified by the NimbleGen and Optimized protocols

V.VII.a All CNV called by the NimbleGen and Optimized protocols

V.VII.b CNV characteristics generated by the NimbleGen and Optimized protocols

V.IX.a Select segments greater than one standard deviation from the mean

V.XI.b Single nucleotide insertion or deletion at the breakpoint

V.XI.d Evaluation of Real and Random CNV for the frequency of motif occurrence at the

Table 1.1 CNV detection and genotyping in autistic and unaffected populations

Table 2.4 CNV identified by the NimbleGen and Optimized protocols.

Table 2.5 CNV characteristics by the NimbleGen and Optimized protocols.

Table 2.6 True and False positive loci by the NimbleGen and Optimized protocols.

Table 3.1.a All Copy Number Variants Identified by high-density aCGH

Table 3.3 CNV genotyping in progress for autistic and unaffected populations.

Table 3.5 Summary of articles identified in the literature.

Table 3.6 Characteristics of breakpoint sequenced CNV from the literature and our studies.

Table 3.7.a Characteristics of junction breaks from our study and the literature: Deletion and Duplication

Table A.1 CNV from four AGRE samples run on 385K arrays by the NimbleGen protocol.

Table A.2 CNV from 50 AGRE samples run on 2.1M arrays by the NimbleGen protocol.

Table A.4 CNV from 102 NIMH samples run on 2.1M arrays by NimbleGen protocol.

Table A.5 Sequenced Breakpoints Identified in the Literature

Figure 1.1.a Proportion of References and CNV or indels reported in the DGV.

Figure 1.1.b Proportion of CNV or indels reported in the DGV by chromosome.

Figure 2.2 Scanning parameters as informed by the Intensity Distribution Histogram

Figure 2.3.a Variance Analysis of Subarray A01 Probes

Figure 2.3.b Variance Analysis of Subarray A02 Probes

Figure 2.7.a Boxplots of Good and Bad probes by Length.

Figure 2.7.b Boxplots of Good and Bad probes by GC Content.

Figure 2.8.a CNV call overlap of NimbleGen and Optimized protocols: All calls

Figure 2.8.b CNV call overlap of NimbleGen and Optimized protocols: All deletions

Figure 2.9.a CNV size distributions by the NimbleGen and Optimized protocols.

Figure 2.9.b CNV probes/kb by the NimbleGen and Optimized protocols.

Figure 2.10.a Overlap of CNV truly called by NimbleGen and Optimized protocols.

Figure 2.10.b Overlap of CNV falsely called by NimbleGen and Optimized protocols.

Figure 3.1 Proportion of References and CNV or indels reported in the DGV.

Figure 3.2.a Size distribution of CNV and Indels from the Database of Genomic Variants.

Figure 3.2.b Size distribution of CNV and indels from all autosomes reported by Conrad et al.

Figure 3.2.d Size distribution of CNV and indels from the AGRE cohort following the Optimized protocol.

Figure 3.2.e Size distribution of CNV and indels from the NIMH cohort following the NimbleGen protocol.

Figure 3.7.a Literature breakpoint sequence distribution throughout the genome.

Figure 3.7.b Median size of literature breakpoint sequence by chromosome.

Figure 3.8.a Size distribution of homologies at breakpoints.

Figure 3.8.b Grouped size distribution of homologies at breakpoints.

Figure 5.3 Scanning parameters as informed by the Intensity Distribution Histogram

Figure 5.6 Histogram of the number of CNV calls per individual. 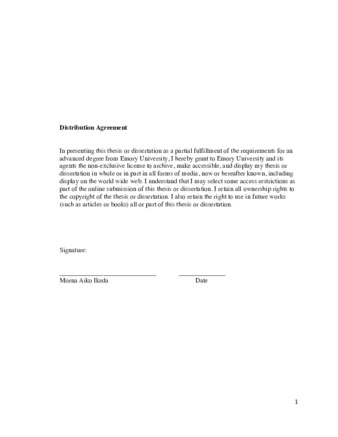