Cocaine is a widely abused psychostimulant that acts by blocking monoamine transporters, thus increasing extracellular availability of dopamine (DA), norepinephrine (NE), and serotonin. DA and NE are synthesized in the same enzymatic pathway, with DA being converted to NE by the enzyme dopamine β-hydroxylase (DBH). Although DA is generally thought of as the primary neurotransmitter underlying the behavioral effects of psychostimulants, a role for NE signaling is now increasingly recognized. Furthermore, disulfiram, a non-specific DBH inhibitor, is efficacious at decreasing cocaine use in human addicts. Using mice with a genetic knockout of the Dbh gene that completely lack NE (Dbh -/- mice), and by administering disulfiram, we explored how DBH and NE modulate responses to cocaine. First, we found that Dbh -/- mice were more sensitive than control mice to the locomotor stimulating effects of cocaine, and this increased psychomotor response was associated with an increased density of high affinity-state striatal DA receptors. We then explored cocaine-induced reward behavior and found that Dbh -/- mice were more sensitive to both the rewarding and aversive properties of cocaine. However, in spite of this increased cocaine aversion, Dbh -/- mice exhibit a paradoxical insensitivity to acute cocaine-induced anxiety. This behavioral phenotype was mimicked in control mice following pretreatment with disulfiram or the β-adrenergic receptor antagonist propranolol. Interestingly, we found that while propranolol blocked cocaine-induced anxiety-like behavior in control mice, the α1-adrenergic receptor antagonist prazosin blocked the expression of cocaine-induced place preference. These results suggest a dissociation between the anxiogenic and rewarding properties of cocaine, and distinguish the specific adrenergic signaling pathways involved in these behaviors. Finally, we used the rat self-administration paradigm to assess whether pretreatment with disulfiram could alter cocaine-seeking behavior. Administration of disulfiram had no effect on the maintenance phase of cocaine self-administration behavior, but completely blocked the expression of cocaine-primed reinstatement. Understanding the mechanism of action by which disulfiram attenuates cocaine use will increase our knowledge about the role of NE in drug addiction, and will help identify novel targets for future exploration in medication development for drug dependence.

1.2 Basic Characteristics of Norepinephrine and Dopamine Systems in the Brain 4

1.6 Dopamine β-Hydroxylase Knockout Mouse: A Novel Tool for Studying the Role of Norepinephrine and DBH in Drug Addiction 15

CHAPTER 2: DOPAMINE β-HYDROXYLASE KNOCKOUT MICE HAVE ALTERATIONS IN DOPAMINE SIGNALING AND ARE HYPERSENSITIVE TO COCAINE 25

CHAPTER 3: NOREPINEPHRINE SIGNALING THROUGH β-ADRENERGIC RECEPTORS IS CRITICAL FOR THE EXPRESSION OF COCAINE-INDUCED ANXIETY 66

Intragastric injection of disulfiram has no effect on catecholamine levels 106

Disulfiram has no effect on maintenance of cocaine self-administration 108

5.1 The Role of Norepinephrine in Cocaine-Induced Reward, Anxiety, and Relapse 127

5.2 Implications for Disulfiram Mechanism of Action on Cocaine Abuse 129

Chronic disulfiram does not lead to significant weight change 163

Chronic disulfiram and nepicastat do not alter cocaine-induced anxiety 165

The effect of chronic nepicastat on cocaine-induced place preference 165 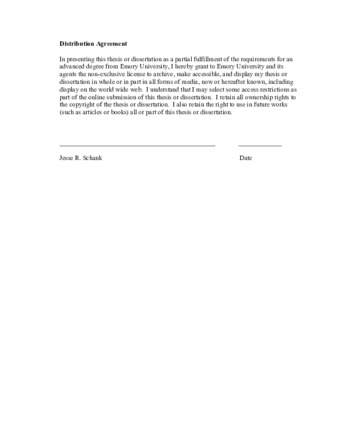