Purpose: Habitat overlap increases the risk of bacterial exchange between humans and wildlife, threatening human health and wildlife conservation. Antibiotic resistance (AR), like disease, can spread between wildlife, livestock, and humans, serving as a possible proxy for disease spillover. In Gombe National Park, Tanzania, little is known about the prevalence of AR in the ecosystem. This project examined the prevalence of sulfonamide resistance genes in humans, livestock, chimpanzees (Pan troglodytes schweinfurthii), and baboons (Pabio anubis). Further, we examined risk factors for resistance acquisition in the Gombe ecosystem, hypothesizing that the Mitumba chimpanzee community would have higher AR prevalence than the Kasekela community due to its proximity to Mwamgongo, the village bordering the park.

Methods: From March 2010 to February 2011, fecal samples were collected from humans (n=178), livestock (n=98), and wildlife (n=131) from Mitumba and Kasekela (park communities) and Mwamgongo (village outside the park). At time of collection, human subjects were surveyed for socio-demographic (sex, age, profession, etc.) and health data (diarrheal illness, medication usage, water usage, etc.). DNA extracted from samples was screened for AR genes sul1 and sul2. Previously collected data on prevalence of SIV and Cryptospiridium were used as possible risk factors for the chimpanzee analyses. Chi-square tests of independence, Fisher's Exact Tests, and McNemar's Tests were used to measure associations between risk factors and sul positivity.

Conclusion: Humans seem to be the reservoir for AR genes to wildlife, regardless of human density. The established prevalence of AR genes in the wildlife is a call for concern. Limiting human interactions with wildlife and presence in the park is needed to reduce transmission risk. 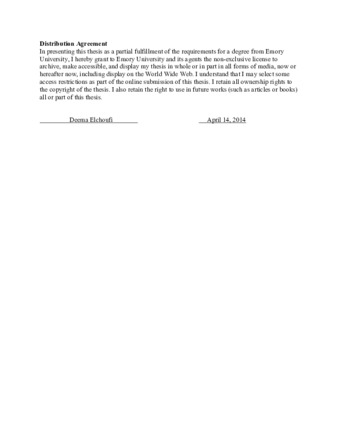