Human survival is dependent upon healthy functioning of the immune system and its ability to raise an appropriately measured inflammatory response. Inflammation promotes survival, and the fundamental threat to survival is injury. This injury can result from trauma, illness, or infection. Inflammation carries with it significant biological costs, and thus is highly regulated. The precise mechanistic relationship between injury and inflammation is not well known beyond the maxim that injury begets immunity. This fundamental relationship is the focus of the present project.

Recent literature suggests that cellular injury triggers the disruption of mitochondria. Mitochondrial contents, particularly mitochondrial DNA and formyl peptides, serve as damage-associated molecular patterns (DAMPs), which are immunostimulatory. We hypothesized that injury, specifically mitochondrial disruption, augments immunity and can, when excessive, lead to non-adaptive immune responses to injury. We suspect that such responses play a major role in clinical phenomena. Specifically, we hypothesized that mitochondrial contents foster more vigorous alloimmune responses toward transplanted organs. In order to explore the role of mitochondria in amplifying the human alloimmune response, alloimmune mixed lymphocyte reactions in the presence of whole mitochondria versus at baseline were used. These reactions were assessed using carboxyfluorescein succinimidyl ester (CFSE)-based flow cytometry and intracellular markers to monitor lymphocyte proliferation or activation. Cell surface markers were used to help categorize cells of interest. Self-mitochondria, originating from the muscle tissue of the recipient, were found to heighten the alloimmune response via a proliferative effect on T cells.

These studies relate mitochondrial DAMPs and evolutionarily conserved pathogen-associated molecular patterns to the process of transplanted organ acceptance. These processes are related to the general biological cognizance of injury and its subsequent triggering of immunity. More specifically, the involvement of mitochondria in human responses to injury strongly correlates with the evolutionary theory of mitochondria as endosymbionts and the clinical manifestation of systemic inflammatory response syndrome in the absence of documented infection. Given the roles that mitochondria play in vital processes in the human body coupled with its newfound involvement in immunity, our efforts hold the potential to provide insight into some of the fundamental determinants of human survival.

Discussion of Results
The Greater Significance
Future Directions
In Closing 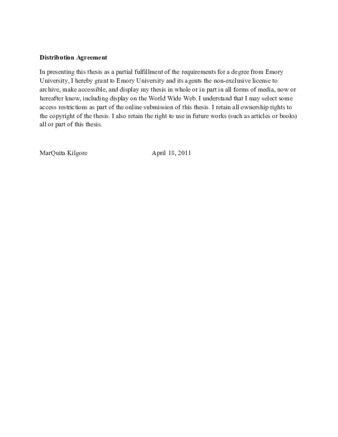