NMDA receptors are glutamate-gated ion channels that mediate excitatory synaptic transmission in the central nervous system and are critical for learning, cognition, and neuronal development. Dysfunction of NMDA receptors has been implicated in neurological and psychiatric disorders ranging from stroke to schizophrenia. NMDA receptors are tetrameric ion channels comprising GluN1, GluN2, and GluN3 subunits. The four GluN2 subunits, GluN2A, GluN2B, GluN2C, and GluN2D, substantially contribute to functional diversity of NMDA receptors and have distinct expression patterns in the CNS. The promise that subunit-selective allosteric modulators differentially targeting the GluN2 subunit could provide an opportunity to modify the function of select groups of neurons for therapeutic gain has resulted in a handful of new compounds that appear to act at novel sites. In this dissertation, I present data that define the mechanism and site of action of two new classes of NMDA receptor allosteric modulators. I show that a class of tetrahydroisoquinolines, which selectively potentiates GluN2C- and GluN2D-containing NMDA receptors and is exemplified by the molecule CIQ, does not act at previously recognized modulatory sites. Rather, I identified critical determinants of CIQ modulation in the region near the first transmembrane helix of GluN2D, including in a putative pre-M1 cuff helix that may influence channel gating. Further, I investigated the mechanism and molecular determinants of selectivity for a new class of GluN2A-selective antagonists represented by the compound TCN-201. I found that TCN-201 inhibits GluN1/GluN2A receptors by decreasing the potency of the GluN1 agonist in an allosteric manner. Mutagenesis and chimeric data coupled with Schild analysis suggest that TCN-201 binds to a novel allosteric site located at the dimer interface between GluN1 and GluN2 agonist binding domains. Lastly, I show that the pre-M1 region of GluN2A affects desensitization and is critical for normal gating of NMDA receptors. Overall, the data presented here demonstrate new modulatory sites on the NMDA receptor and should facilitate development of novel tools and therapeutics with advantageous mechanisms of action and subunit-selectivity.

Chapter 3: Contribution of the M1 transmembrane helix and pre-M1 region to positive allosteric modulation and gating of N-methyl-D-aspartate receptors

Structural determinants of CIQ potentiation reside in the transmembrane region

Role of pre-M1 region in gating

TCN-201 binding is differentially modulated by glutamate and glycine binding

Chapter 5: The pre-M1 region is a critical gating element in NMDA receptors 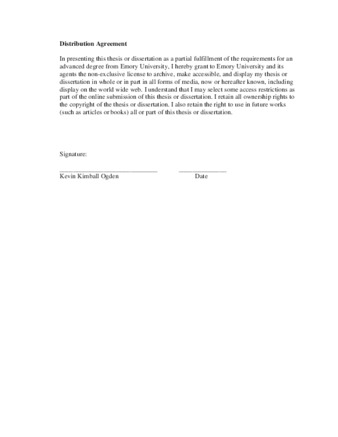