Alzheimer's disease (AD) is the leading cause of dementia in the elderly. We now recognize that the slow, progressive onset of cognitive impairment associated with AD is a lagging reflection of a decade or more of insidious pathological insults that are initiated by the abnormal accumulation of the Aβ peptide, suggesting that factors that can regulate Aβ levels could have potential value as disease-modifying therapeutic targets.

We recently identified LR11/SorLA as having markedly reduced expression in AD brain. In vitro and in vivo evidence has shown that LR11 may play a critical role in modulating Aβ production in healthy brain. Therefore, we hypothesized that the loss of LR11 protein expression is a primary event in the AD pathogenic cascade that directly contributes to the abnormal accumulation of Aβ in the earliest stages of the disease. As such, we predicted that LR11 expression would be similarly low in cases with mild cognitive impairment (MCI), a condition that largely constitutes prodromal AD.

To test this hypothesis, LR11 expression was measured in two unique cohorts comprised of cases with a clinical diagnosis of no cognitive impairment (NCI), MCI or AD, using a novel quantitative immunohistochemical technique. Here, we show that frontal cortex LR11 expression is low in at least a subset of cases in all of the diagnostic groups examined with the notable exception of the NCI group in the first experimental cohort, which was also the only group examined lacking amyloid pathology. We also show that low LR11 expression is not a universal pathological change in AD. Results from additional brain regions further show that LR11 expression is either consistently high or consistently low throughout the brain. Finally, to better understand the nature of the low LR11 cases, we performed an extensive series of statistical analyses designed to identify correlates of LR11 expression from a wide range of demographic, genetic, cognitive and pathological variables. No correlates of LR11 expression consistently emerged within the limits of this study, suggesting that the relationship between LR11 expression and the development of AD may be more complicated than previously believed.

1.1 Alzheimer's Disease: Initial Report and Prevalence of Disease...1
1.2 Seminal Advances in the Understanding of AD Pathophysiology...5

The Genetics of Familial Alzheimer's Disease and the Production of Aß...14

The Amyloid Cascade Hypothesis - A Turning Point in Understanding the Disease...23

LR11: A Multifunctional Member of Both the VPS10p and LDLR Protein Families...49

Chapter 3. FRONTAL CORTEX LR11 EXPRESSION IS REDUCED IN A SUBSET OF MCI CASES...88

Chapter 5. LR11 EXPRESSION LEVELS DO NOT CORRELATE WITH OTHER EARLY CHANGES IN THE DEVELOPMENT OF AD...130

Low LR11 Expression is Not Required for the Development of Full-Blown Alzheimer's Disease...179

Low LR11 Expression is Not Restricted to AD-Vulnerable Brain Regions...181

Early Events in the Development of AD: The Biomarker Model...183

Placing Low LR11 Expression Into the Biomarker Model of AD...191 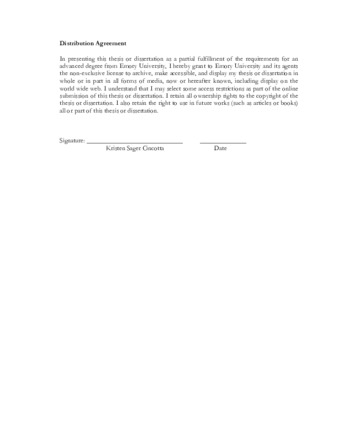