Purpose: Alabama has seen a dramatic reduction in the number of abortion clinics available to women in the state, totaling six clinics in 2011 to only three in operation at the time of the study in July 2014. The closing of clinics means that many women must travel further distances in order to receive an elective abortion. Low income and minority women are particularly vulnerable to the barriers presented by the increased distance, as many barriers are related to cost. The purpose of this thesis is to explore the relationship between abortion access in Alabama and socioeconomic status for women driving long distances to arrive at an abortion clinic, focusing on the decision-making process, physically accessing a clinic and covering the procedure-related costs.

Methods: I recruited women traveling a distance greater than 30 miles from two of the highest volume clinics in operation in Alabama between June and August 2014. Eligible women had to be at least 19 and speak fluent English. I conducted in-depth interviews with 25 women. These interviews were digitally recorded and transcribed. These transcripts were then coded for themes. I summarized the interviews under themes about women's experiences seeking care and selected representative quotations for these themes.

Results: Women in the study traveled an average distance of 83 miles. Women living further from clinics more frequently received abortions later in gestation than did the women traveling less than 50 miles among those interviewed. Many arrangements had to be made in order for the women interviewed to be able to reach the clinic for each of their appointments, including rides, child care for the 68% of women who had children, time off work, and covering the cost.

Conclusions: Women face many barriers when attempting to access abortion, a majority of which are exacerbated by cost. For those who struggle to meet the cost of the procedure itself, the added cost related to further travel distances made necessary by the closing of clinics could prove too burdensome. In order to aid these communities, Alabama needs to repeal its targeted regulation of clinics.

Abortion Law in the United States 4

Socioeconomic Status and Deciding on Abortion 16

Table 3. Distance and Gestational Age at Time of Procedure 17

Table 4. Source of Ride for Any Visit 18 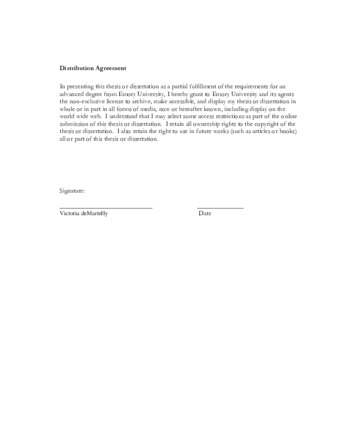