Abstract
Times They Are A-Changin': The Convergence of Bioethics, Biotechnology, and Biopolitics
Within the Stem Cell Research Debate
By Michaela Breen Salvo
Stem cell research has emerged as one of the most controversial and politicized forms of biotechnology of the 21st century. Since its development in the early 1990s, stem cell research, particularly embryonic stem cell research, has been the topic of heated political, religious, and philosophical debate. The issues debated, however, are far from modern. Choosing to focus on the post WW-II era, this paper recognized eight significant events in the history of bioethics. Through the lens of history, two predominant reoccurring ethical problems are highlighted: biomaterialism and definitions of life. Next, this paper attempts to give a biological background of the stem cell: its origins, the methods of cultivating it, and the politics surrounding its discovery and subsequent use. Finally, this paper engages and refutes several common anti-stem cell arguments. It proposes that biomaterialism is an inevitable reality and that definitions of life must change as biotechnology advances. This paper approaches the stem cell research debate from an interdisciplinary perspective, focusing not on history, philosophy, or biology but rather on how these three interact with each other and other disciplines to form a comprehensive understanding of this debate. 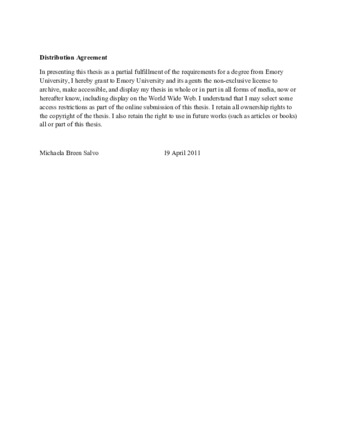