situations. The mechanisms that lead to this response are not fully understood. Fear

to visual cues that are associated with safety and danger, and measuring their

startle responses (Jovanovic et al., 2005). This thesis will use quantile regression to

were recruited at a large hospital in Atlanta, GA, and were predominately

from a low-income, urban area. Participants were asked to complete questionnaires to

startle experiments. Startle response measurements were recorded in response to the

safety and danger cues during fear acquisition, and for early, mid, and late fear extinction.

response to the safety cue at higher quantiles, but not at the lower or middle quantiles.

response compared to males, and a one point increase in reexperiencing symptoms

cue. The effect of childhood trauma on the 75th quantile of the safety cue was also

signicant (p = 0.036). No covariates were found to be signicantly different from

zero at lower or middle quantiles of the startle response to the danger cue. At the

response to the danger cue. A one point increase in reexperiencing symptom severity

cue, while a one point increase in hyperarousal symptom severity was associated

differentiated by hyperarousal symptom severity. Future studies on subjects who have

high startle responses may help to further understand the heterogeneity of PTSD. 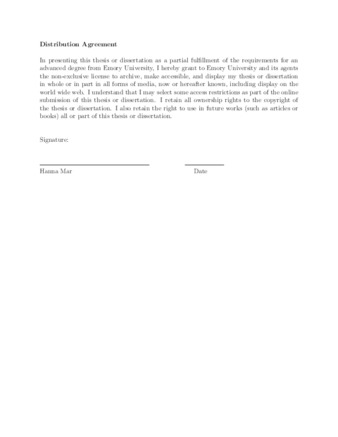