Background: Important research findings on sexually transmitted
infections (STIs) in the past 30 years have come from sub-Saharan Africa (1). Over 80%
of all HIV-infected adults live in sub-Saharan Africa (2) and an estimated 340 million
new cases of Chlamydia, gonorrhea and trichomoniasis are reported annually worldwide
(3). There is a strong association of STIs, genital abnormalities and risky sexual
behaviors with HIV acquisition.
Methods: Heterosexual discordant couples (one HIV-negative partner and one HIV-
positive partner) from the Rwanda-Zambia HIV Research Group (RZHRG), recruited
from voluntary counseling and testing (VCT) centers between 1994 and 2010, were used
in secondary data analysis for descriptive statistics of baseline data. The
prevalence of gonorrhea, syphilis, trichomoniasis, urethral and vaginal discharge, HIV
infection and other genital abnormalities and sexual behaviors were assessed. Data were
restricted to 2890 couples (n=5780 individuals) with baseline information from past
medical history, physical examination and laboratory testing. Couples were divided into
three groups to compare prevalence of
STIs over time and with different diagnostic procedures. Multivariate logistic regression
was used as the primary method in determining the set of STI, genital abnormality and
sexual behavior variables that most strongly predicted HIV prevalence at baseline.
Results: Across all groups, men had significantly more lifetime sexual partners
(mean=11.15) than women (mean=3.40). Men reported more gonorrhea, ulceration and
cystitis/dysuria in the past compared to women. Women reported more cases of syphilis,
discharge and lower abdominal pain in the past as well as had inflammation, discharge
and ulceration noted on a physical exam than men. Individuals with HIV infection were
more likely to have had gonorrhea, syphilis, ulceration, discharge and lower abdominal
pain in the past. Past reports of gonorrhea (OR: 2.46, 95% CI: 1.07, 5.66), ulceration
(OR: 1.98, 95% CI: 1.42, 2.76), cystitis/dysuria (OR: 1.40, 95% CI: 1.01, 1.94) and a
positive syphilis serology (OR: 1.77, 95% CI: 1.77, 95% CI: 1.38, 2.27) were
significantly associated with an increased risk of HIV prevalence at baseline across all
three groups, stratified by sex.
Discussion: Significant differences of STIs, genital abnormalities and sexual behavior
exist between men and women and HIV negative and HIV positive individuals within
study entry group. The presence of ulcerative and non-ulcerative STIs is associated with
an increased risk of HIV infection. 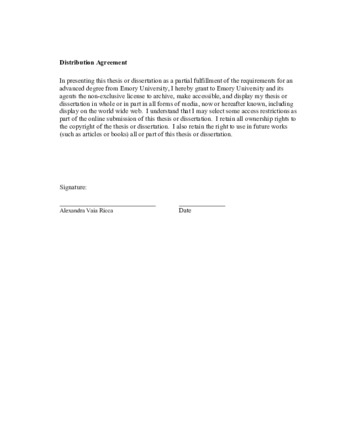