Did seemingly rare cognitive capacities in humans and non-human primates
evolve convergently in other, more distantly related species? Did this perhaps happen in
the elephant, an animal widely known for its social complexity despite the lack of
systematic evidence? Following our recent demonstration of mirror self-recognition
(considered a hallmark of self-awareness correlated with advanced empathy) in Asian
elephants (Plotnik et al. 2006), we conducted this dissertation research to further assess
this species' cognitive complexity adapting techniques designed originally for use in the
study of primate social cognition. First, we studied the elephant's capacity for consolation
(i.e. reassurance of distressed individuals) in a semi-free sanctuary in Thailand. We found
that elephants not only consoled each other following displays of distress, but bystander
elephants also seemed to adopt the emotional state of the focal individual, suggesting
emotional contagion. Second, we conducted an experimental study to investigate whether
or not elephants could learn how to cooperate when both a partner's presence and actions
were needed for success. In a task that required two elephants to each pull one of two
rope ends to retrieve a food reward, elephants learned not only to wait for their partner's
arrival before pulling, but also to inhibit pulling if their partner could not help. These
studies suggest that elephants rely on complex cognitive evaluations in their social
interactions, not unlike what we know for nonhuman primates, and that further attention
to intelligent non-primates may provide important insight into the convergent evolution
of social behavior.

A General Perspective on Social and Cognitive Complexity in Elephants 3

Ethological Evidence from the Wild 10

Investigation I: Bystander Post-Distress Affiliations and Consolation in Elephants 13

An Ethological Study of Social Complexity 13

Studying Consolation and Cooperation in Tandem 16

Distress as a Focal Behavior 21

A Note on Conservation 75 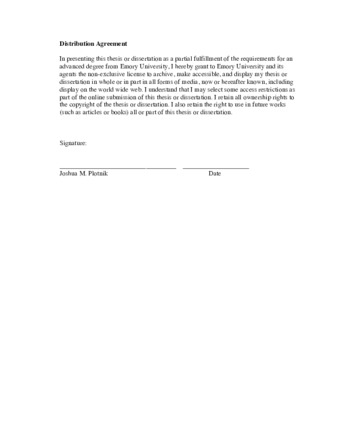