Background/Purpose: Systemic lupus erythematosus (SLE) is a multi-system autoimmune disease that disproportionately impacts African American (AA) women in their reproductive years. Furthermore, AA women with SLE experience greater severity of disease and accelerated declines in health, including higher rates of mortality compared to their White counterparts. Recent studies have shown that AA women are more likely to be the victims of discrimination and unfair treatment; and such experiences, as sources of psychosocial stress, can adversely impact the progression of chronic illnesses. The purpose of our study was to examine the cross-sectional association between self-reported discrimination and disease activity among AA women with validated SLE.

Methods: Participants were from the Georgians Organized Against Lupus (GOAL) cohort, a population based sample of validated SLE patients in Atlanta, Georgia. As of 12/2011, 512 individuals returned research surveys, after exclusions, 399 AA females were included in the analysis dataset. Five items were used to assess the frequency of routine experiences of unfair treatment, including instances of being treated with less courtesy and respect, and receiving poorer service. SLE activity was measured using the Systemic Lupus Erythematous Activity Questionnaire (SLAQ). Multivariable linear regression models predicting the SLAQ were specified, controlling for sociodemographic and disease-related characteristics.

Discussion: We found a positive association between discrimination and disease activity among AA women with SLE. This finding suggests that discrimination may be a risk factor for greater severity of disease in this population. Our study points to avenues for future research on the mechanisms underlying racial disparities in SLE severity. 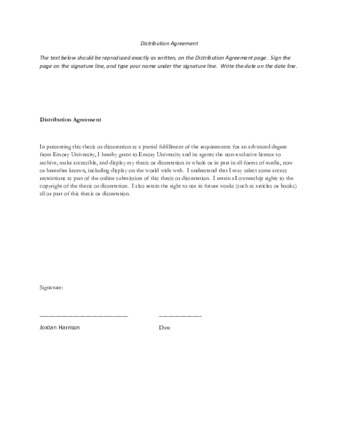