Eighty-five percent of under-five deaths occur in African and South Asian countries and causes of these deaths are often misreported. Minimally Invasive Tissue Sampling (MITS) procedures were developed to collect body fluid and tissue with minimal damage to the body. The Child Health and Mortality Prevention Surveillance (CHAMPS) Network seeks to improve cause of death determination and reporting through the use of MITS. CHAMPS conducted formative research to understand community beliefs and practices surrounding death and burial in the sites where they planned to implement MITS. Secondary qualitative data analysis was conducted on interview and focus group data from Bangladesh and Sierra Leone to understand the influence of religion on the acceptability, practicality, and implementation of MITS. Religion was found to influence beliefs about causes of death, practices related to burial preparation, and desires to learn the cause of death, all of which had implications for the feasibility framework developed by CHAMPS, which assessed feasibility according to three factors: acceptability, practicality, and implementation. Participants in both countries hold spiritual and non-spiritual beliefs about causes of death, with the most prominent belief that death is “the will of God.” In Bangladesh, Shariah justified burial preparation and funeral rituals, but was not referenced by participants in Sierra Leone. Participants desired to learn the cause of death if it meant future death could be prevented in Bangladesh, but they did not find the MITS procedure to be acceptable due to Islamic doctrine related to harming or causing pain to the body. In Sierra Leone, there was less desire to learn causes of death because of the belief that death was God’s will, but more acceptance towards the MITS procedure. Timing of the MITS procedure and tissue extraction was the most notable consideration for practicality in both countries, and the use of community leaders is essential for the implementation of MITS in Sierra Leone.

ESTIMATIONS OF AND ERRORS IN REPORTING CHILD MORTALITY 1

IMPROVING CAUSE OF DEATH DETERMINATION AND REPORTING 4

EXPANDING OUR UNDERSTANDING OF RELIGION 10

RELIGION AS A SOCIAL DETERMINANT OF HEALTH 12

Theme 1. Beliefs about Causes of Life and Death 34

1b. Other Spiritual Causes 37

2a. Preparation of the Body 43

2b. Preparation for Burial  51

Theme 3. Learning the causes of death and attitudes towards MITS  66

Beliefs about causes of life and death 78

Preparation of the body 80

Desire to Learn Cause of Death and Acceptance Towards MITS 84 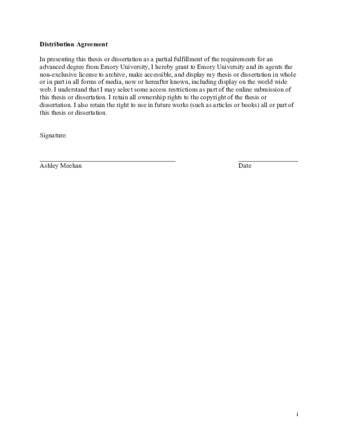