Spinal muscular atrophy (SMA) is a neuromuscular disease characterized by a specific degeneration of motor neurons. SMA results from a reduction in the survival of motor neuron (SMN) protein. We have previously shown specific defects in the axonal localization of poly A mRNA (including β-actin and Gap43) and mRNA-binding proteins (HuD, IMP1) in SMN-deficient motor neurons. Our findings led us to hypothesize that SMN plays a role in the assembly of messenger ribonucleoproteins (mRNPs), and that failure to assemble mRNA transport complexes leads to the reported mRNA localization defects in SMA motor neurons.

To test our hypothesis, we have established a trimolecular fluorescence complementation (TriFC) assay as a sensor for the association of mRNAs with RBPs. In motor neurons isolated from a severe SMA mouse model, as well as primary human fibroblasts from SMA patients, we readily detect a defect in the assembly of complexes containing IMP1 protein and β-actin mRNA. Furthermore, RNA immunoprecipitation experiments also show impairments in the association of IMP1 protein with β-actin mRNA. Through biochemical fractionation, we observe a consistent shift of IMP1-containing mRNPs toward smaller granules in SMA human fibroblasts. In SMA patient derived fibroblasts, IMP1 granules are consistently reduced in their volume relative to control lines, a phenotype consistent with both our TriFC and fractionation results. Finally, we can show a defect in the association of IMP1 with the cytoskeleton in the SMA patient fibroblasts, suggesting a mechanism to explain reduced mRNA localization reported in SMA motor neurons.

In summary, our results show that SMN plays a more general role in RNP assembly beyond the canonical role in snRNP assembly. Here, we demonstrate that SMN acts as a chaperone for the formation of transport-competent RNA granules, providing a mechanism for mRNA localization defects that may contribute to the motor neuron degeneration observed in SMA.

1. A role for the survival of motor neuron protein in mRNP assembly and transport 1

Spinal Muscular Atrophy is characterized by axonal and synaptic defects 5

SMN in actively transported in axons during development 8

SMN is required for the axonal delivery of mRNPs 9

SMN is involved in translational regulation 12

Does SMN regulate the assembly of mRNP granules? 13

Figure 2. Model for the mislocalization of mRNA observed in SMA motor neurons 18

1. Polarity- from the basal to apical membranes and beyond. 25

3. Dysregulation of local translation in disease 30

4.1 Determining where mRNA is in space and time 36

4.2 Defining what are mRNA binding proteins and what mRNAs they bind 38

4.3 Defining what transcripts are being translated and where translation occurs 40

3. The survival of motor neuron protein acts as a molecular chaperone for mRNP assembly 52

Figure 2. IMP1 and β-actin association is reduced in an SMA mouse model 81

Figure 6. IMP1 granules are reduced in size in SMA patient samples and can be rescued by restoring expression of SMN 90

Figure 8. SMN functions as a chaperone for IMP1-β-actin granule assembly 97

SMN as a chaperone for RNP assembly 150

What mRNA binding proteins are altered in their association with mRNA in SMA? 152

What RNP complexes show alterations in their assembly in SMA? 153

What extent in vivo does non-splicing related RNP changes contribute to pathology in SMA? 154

Why are motor neurons affected in SMA? 160

Figure 5. Manipulating mRNA levels as a therapeutic strategy in SMA 174

mRNAs are mislocalized from axonal compartments with SMN deficiency 183 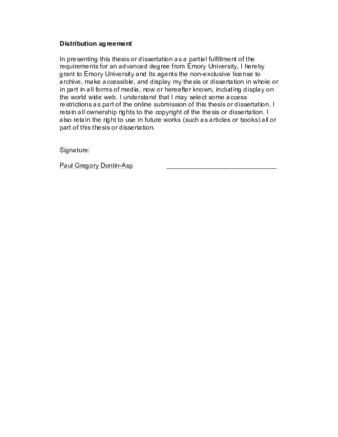