This project examines memory and human rights politics in present-day Argentina. I argue that presidents Néstor Kirchner (2003-2007) and Cristina Fernández de Kirchner (2007-2015) have garnered great political success from their construction of a compelling narrative regarding 1970s revolutionaries and the 1976-1983 military dictatorship. This account of the past, which I term the Kirchnerist narrative, proposes that a young, heroic, and innocent generation of leftist militants was brutally massacred by state forces for trying to better the world and that this generation should be memorialized through the pursuit of forms of memory, truth, and justice that unquestioningly revere these political combatants. After tracing how this narrative has been established through political discourse, the opening of trials against former perpetrators, surprising alliances with prominent human rights organizations, and the transformation of former torture centers into memorial sites, I consider a growing corpus of cultural production from those closely related to this narrative's heroes (former leftist militants and their kin) that challenges and reworks what are deemed to be partial conceptions of memory, truth, and justice, criticized as having been co-opted for partisan political gain. Through an analysis of leftist cultural criticism--journalism, scholarly texts, three novels, and one film--that negotiate differing understandings of Argentina's past and less Manichean portrayals of guerrillas, state forces, and civil society, this project seeks to interpret the hegemonic struggle to make meaning of Argentina's recent past taking place in present-day political and cultural production. By examining how a divisive narrative about a national past employed for partisan politics has resulted in a new body of texts that have found what Doris Sommer terms "wiggle room" to rework accounts of the past in ways more representative of the authors' experiences, I hope to provide a critical framework useful for examining memory and human rights politics in and beyond Argentina, particularly in much of Latin America, where several current presidents had roles in their countries' recent histories of political violence, truth and reconciliation commissions continue to develop, memorial sites increase, and what Fernando Rosenberg has termed "narrativas de verdad y reconciliación" abound.

Introduction: The Surge of Human Rights Culture in Argentina and Beyond.....1

The Kirchnerist Narrative in Political Discourse.....20

From Spaces of Terror to Sites of Memory.....70

Chapter 2: Toward a Less Partial Narrative: Nonfictional Responses to the Kirchnerist Narrative.....77 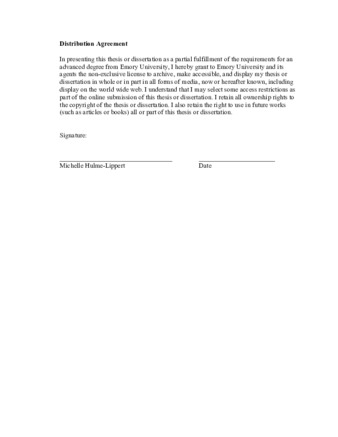