In my thesis I explore the different perspectives of marriage in Jane Eyre (1847), Middlemarch (1871-72), and Jude the Obscure (1895). I chose these novels because I wanted to examine changing attitudes over the course of a time period; the three novels span the majority of the Victorian era. In addition, each novel has a leading female character with a strong and vibrant personality. The diverse personalities of the women highlight their different ideas, perspectives, and feelings in regard to marriage. For most of the Victorian era, marriage was considered very restrictive and limiting for women, especially in terms of their legal status. They had to give up all their property upon marriage and anything earned during the marriage also became their husband's. They could not sue or file for divorce. They were essentially an entity of their husbands. However, despite these limitations women still yearned to get married as unmarried women were considered spinsters and social outcasts. Marriage offered women the chance to be a wife and a mother. These were respected and important positions of the time and gave women the responsibilities that came with running a household and raising children. Despite the legal restrictions associated with marriage for women, Jane Eyre, Middlemarch and Jude the Obscure present marriage as an arrangement more than a legal union; the novels explore and bring to life the emotional, psychological, and physical parts of marriage that make it so sacred and coveted. Jane Eyre's, Dorothea Brooke's and Sue Bridehead's experiences with marriage both support and deny the idea of marriage as a means of defeat to the individuality and independence of a woman. However, while these women are able to make strides in terms of their independence, all of their actions are within the confines of a patriarchal society. These women ultimately rely on men to attain happiness, social status, and social acceptance.

Chapter 1: An Introduction to the Cultural, Legal, and Social Codes of the Victorian Era:

Chapter 2: Dispelling the Perception of Marriage as a Means of Individual Imprisonment:

Chapter 3: When Love is Not Enough: The Overruling Power of Independence:

Chapter 4: When Social Pressures Win: Marriage as an Act of Conceding:

Chapter 5: Jane, Dorothea, and Sue: Their Significance Beyond the Novels: 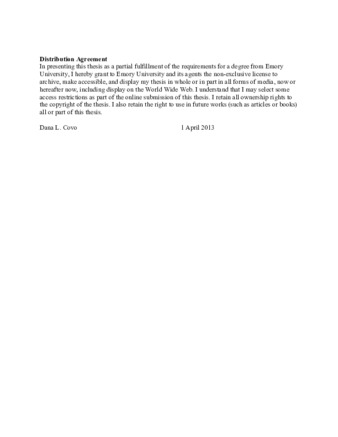