"Relocating the Alliance" explores the politics of culture arising from the U.S.-South Korea military alliance since the Korean War (1950-1953). Throughout the study, I maintain a critical view of the alliance that has created a particular national context of imperial/colonial traditions in which Koreans and Korean Americans have experienced military, economic, social, and culturalhas worked through the lives of the people who have consciously and unconsciously engaged the process. Also locating some important cultural texts that have emerged out of the alliance, this study details how the military and cultural hegemony of the U.S. has politicized cultural identities, practices, and representations within and across national spaces. Speeches and essays by Park Chung Hee highlight how the South Korean government reacted to the Cold War initiative of the U.S., its patron state, by mobilizing pro-U.S., anti-communistic, ethnic nationalism as a ruling ideology for developmental autocracy. Nam Jeong Hyun's short story Bunji and Shin Tong Yeop's poems illustrate dissident intellectuals' oppositional discourse against Park in a form of anti-U.S., ethnic minjung nationalism while Shin Joong Hyun's rock music shows how the popular cultural entertainers contributed to the transformation of local culture, challenging the dominant discourses of nationalism by the state and the intellectuals. Two post-1990s South Korea films, Kim Ki-duk's Address Unknown and Bong Joon-ho's The Host, reflect significant changes in the discursive terrain of the U.S.-South Korea relations in recent periods. Reconstructing neocolonial conditions of South Korea, the movies challenge the hegemonic discourse of the alliance in strikingly different modes as they represent the contemporary discourse of anti-U.S. imperialism in South Korea. Finally, Heinz Insu Fenkl's autoethnographic novel Memories of My Ghost Father offers penetrating insights into the social effects of the alliance within the landscape of camptowns. Among others, the novel shows how the U.S. Cold War military intervention in South Korea has transposed American racial ideologies onto the liminal spaces between the U.S. imperial presence and the South Korean client-state in a highly gendered context. subordination.

In the Name of Alliance: Mapping the Sociocultural Landscape of South Korea 19

Contesting the Nation (Part I): Park Chung Hee's Our Nation's Path (1962) and the State Nationalism 47

Somewhere in the Camptowns: Kim Ki-duk's Address Unknown (2001) and the "Walking Wounded" 114

We are Here Because You Were There: Heinz Insu Fenkl's Memories of My Ghost Brother (1996) and the Cold War Epistemology 207 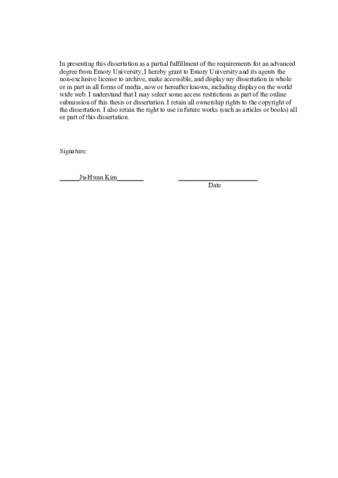