Over the past century, cultural intermediaries have worked to establish the authenticity of vernacular music and musicians, and, in the same respect, many documentarians have positioned their photographs and films as authentic representations of reality. The aim of Trying To Make It Real is not to assess the authenticity of a particular musician or documentary depiction but to contextualize claims of authenticity--who has made them, when, how, and for what reason--and to consider how notions of authenticity have changed over time.

This study reveals ways in which photographers and filmmakers understood and interpreted American roots music. Some, such as Ulmann and Ramsey, presented the music as dead or in decline, while others, such as Lomax and Long, approached the music as dynamic and adaptable, deploying it for social struggles and to challenge racial and regional stereotypes.

Like roots music, documentary has taken on different meanings in different contexts. This study considers the documentary imagination at specific moments in U.S. history. Shahn and Ferris, for example, approached documentary as a record of social reality, to be produced with minimal adornment and manipulation. Others, such as the Hampton Camera Club and Wenders, stressed the subjective, expressive dimension of documentary, accepting staging and re-enactment as legitimate practices.

Text and context contend in documentary and roots music. During the 1960s, folklorists began to document the context that circumscribes folkloric expression, in addition to the accustomed textual transcriptions, and, during this same period, many documentary filmmakers shifted from an expository approach and began to incorporate more observational and participatory methods.

Introduction "Deeper, more three-dimensional, more compelling": Documentary, American roots music, and the pursuit of authenticity Chapter One More or Less Convincing: The Artificial Realism of "A Banjo Song" Chapter Two Raw Materials: Doris Ulmann, Ben Shahn, and the Art of Documenting American Vernacular Music Chapter Three "A Living, Changing Thing": Alan Lomax's Documentary Film Work during the 1930s and 1940s Chapter Four Deep Country Roots: Frederic Ramsey, Jr. and Been Here and Gone Chapter Five In and Out of Context: American Vernacular Music and the Folklore Film of the 1960s and 70s Chapter Six In and Out of the Picture: Documenting Shifts in Blues Music Chapter Seven Gold Records in Space and on the Floor: The Archival Imagination of American Roots Music Bibliography 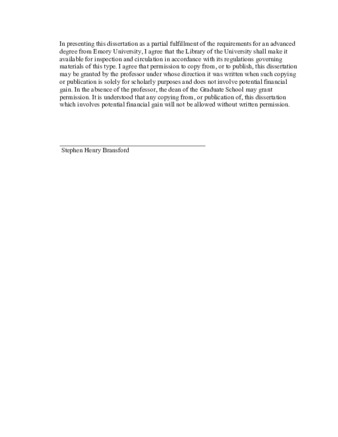