This honor thesis contributes to the on-going debate amongst religious scholars about topics in popular culture, like sports, that produce so-called religious behaviors and experiences. In America, recent trends in data and literature reflect Americans' waning engagement with institutional religion and growing interest/investment in sports and other forms of entertainment. While this paper does not assert these two patterns are causal, it does lay a theoretical groundwork that accounts for these changes in a religious landscape. By explaining the cultural conditioning of the European Enlightenment and thus, the Western academy, I show why critical terms and categories in religious studies such as "religion," "religiosity," and "religious experience," must be de-shackled from their ecclesiastic ties and applied to valid and analogous forms of religious life in sport and culture. This sets up an examination of American sports as a minor element of American civil religion. Here, the Super Bowl is treated as a religious festival to analyze the sanctification of American sports. However, sport is not just sacred during the Big Game. It's also memorialized everyday in branding campaigns, television broadcasts, and media coverage. The final analysis of this thesis presents several theories supporting the fundamental union of sports and religion. Violence, ritual, and sacrifice are the core components of this discussion. This thesis concludes that religion, as a social fact, has a variety of elements that can be reenacted, reconstructed, and reiterated in many different cultural forms. Because of this, sports can have a religious appeal that allows for religious experiences too occur. Therefore, in American culture and foreign communities, sports are effectively redefining the borders and contours of religious life and landscapes.

What is Religious Experience? 9

Can Religious Experience Occur in Sport? 14 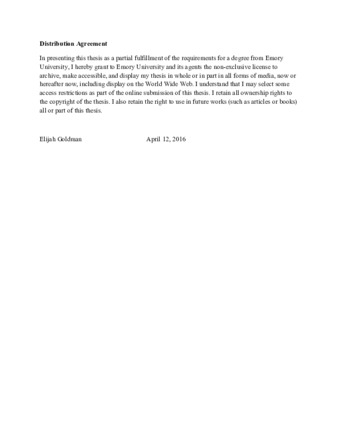