"Get the Learnin' but don't lose the Burnin'": The Socio-Cultural and Religious Politics of Education in a Black Pentecostal College

"Get the Learnin' but don't lose the Burnin'": The Socio-Cultural and Religious Politics of Education in a Black Pentecostal College

In 1917 the Church of God in Christ (COGIC), the oldest and largest black Pentecostal denomination in the United States, established Saints Literary and Industrial School (later renamed Saints Junior College) in rural Lexington, Mississippi. The school served as the denomination's main educational initiative for over fifty years and was responsible for educating some of COGIC's most well known leaders. Despite its regional reputation for academic excellence, the college closed in 1983.

Studies documenting the black church's support of educational institutions have ignored COGIC's engagement with education, choosing to focus instead on Black Baptist and Methodist denominations and their contributions. Seeking to disrupt common perceptions that black Pentecostals are anti-intellectual, this study argues that Saints provides an important glimpse into black Pentecostal intellectual culture. The study argues that early leaders and laypersons in the Church of God in Christ created a learning environment where academic, spiritual and moral development was paramount. Furthermore it suggests that the demise of Saints should not be attributed to an adoption of an anti-intellectual ethic but rather to a host of forces internal and external to the denomination.

Research methods include interviews with former students, teachers and administrators from Saints, interviews with COGIC leaders, analyses of denominational and other historical documents, and observation of COGIC National Conferences. The findings suggest the need for more complicated analyses of black Pentecostal groups' educational values. Additionally it strongly encourages scholars of religion and American education to challenge allegations of black Pentecostal anti-intellectualism.

The Education of Black Pentecostal Clergy 36

Schools of Their Own 45

African-American Churches and Schools in America

Survival of the Fittest 54

The Decline of Black Boarding Schools 96

Women's Leadership and Education in COGIC 102

The "Charismatic Tendency" in Black Churches 127

5. ASSESSING THE ROLE OF SAINTS IN THE TRANSFORMATION

Church-Sect Theory as an Interpretative Lens 133

Transformation The Resurrection of Saints 150

An Appraisal of the Saints Model 158

Clarification of Methodology and Interview Design 174

Development and Demise of Saints Industrial 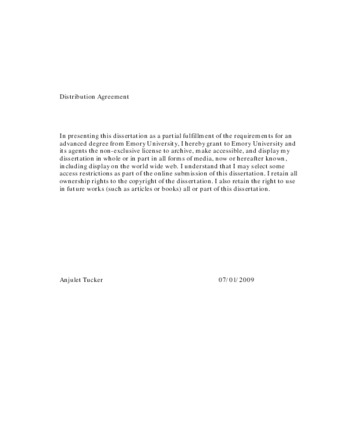