Background : Dermatologic manifestations are very common among individuals with HIV. An abscess is a pus-filled sack that can occur anywhere in the body, which is usually caused by bacterial infection. Abscesses can also occur in otherwise healthy individuals and among people of all ages. We develop a predictive model of time to abscess among HIV-negative and HIV-positive individuals in Zambia.

Conclusion: Age, sedimentation rate, gender, and HIV stage can be used to predict risk of abscess among HIV-positive individuals. Only gender was predictive among HIV-negative individuals. Further studies examining other risk factors of abscess, such as co-infections, environmental stressors, and other factors that were not measured in this analysis are needed. 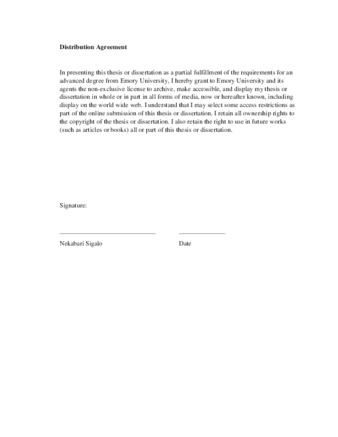