The primary cilium is an evolutionarily conserved sensory organelle important in mediating several signaling pathways vital for development and tissue homeostasis. Defects in primary cilium formation and function result in a variety of human disorders including polycystic kidney disease, the most frequent autosomal dominant hereditary disorder. Many cells possess a single, non-motile, primary cilium highly enriched in receptors and signaling machinery. The primary cilium is thought to be a sensory transducer akin to a cellular antenna. Ciliogenesis involves migration of the basal body to the cell surface followed by outgrowth of the axoneme by intraflagellar transport. I have identified another early step in cilium development, formation of a novel structure - the nimbus. Prior to cilia extension, ANO1, a Ca2+-activated Cl- channel, is organized into a torus-shaped structure along with other ciliary proteins including the small GTPases Cdc42, Arl13b and Rab11, exocyst complex components, and acetylated alpha-tubulin and gamma-tubulin. In collaboration with the Bassell lab at Emory University, we have recently identified the nimbus as an area of mRNA localization. The nimbus forms an interface between the microtubule cytoskeleton, that we can visualize form in real-time, and the surrounding cortical actin cytoskeleton. During ciliogenesis, the nimbus disassembles and ciliary components, including ANO1, move into the cilium. This is the first identification of the Cl- channel ANO1 in the primary cilium and I further demonstrate that blocking its channel function pharmacologically or knocking it down with shRNA interferes with ciliogenesis. My data support a model where the nimbus provides a scaffold for staging of ciliary components for assembly very early in ciliogenesis and that Cl- transport by ANO1 / TMEM16A is required for the genesis of primary cilia.

Section I. Proper formation and function of the primary cilium is necessary for human development and homeostasis. 3

1.2 The role of polycystin channels in the primary cilium. 6

1.3 The primary cilium as a specialized Ca2+ compartment. 9

Section II. Early clues into the role of Anoctamin 1 in primary cilium biology. 12

3.1 Epithelial cell polarization and use of cell lines. 15

Section VI. The role of actin to preciliary domain formation. 27

6.2 Linkage to the actin cytoskeleton as a ciliary composition regulator. 28

Concentration of ANO1 in an Apical Annular Structure. 45

The nimbus is an antecedent of ciliogenesis. 47

Ciliary proteins in the nimbus. 48

Relationship of the nimbus to the centrosome. 49

The nimbus is an interface between the microtubule and actin cytoskeletons. 50

Effects of block of ANO1 Cl- current on ciliogenesis. 52

Figure 1. An annulus of ANO1 is located at the apical aspect of cultured epithelial cells. 65

Figure 2. ANO1 localization and nimbus formation prior to formation of the primary cilium. 67

Figure 3. The ANO1 nimbus precedes primary cilium formation and localization of ANO1 in the nascent cilium. 69

Figure 4. Location of key ciliary proteins in the nimbus. 71

Figure 5. Relationship of the centriole to the ANO1 nimbus. 73

Figure 6. The nimbus is a hub of the microtubule cytoskeleton. 74

Figure 7. Moesin marks the boundary of an F-actin-free zone that coincides with the ANO1 nimbus. 76

Figure 8. Inhibitors of ANO1 channel activity have a negative effect on cilium length. 78

What role does the nimbus play in primary cilium biology?. 86

What is the defined spatiotemporal relationship between the nimbus and primary cilium?. 88

Are nimbus-associated proteins trafficked exclusively to the developing primary cilium?. 89

Is the nimbus an obligate antecedent to the primary cilium?. 90

Is the nimbus more than a site for protein localization?. 93

What is the role of Cl- channel activity in primary cilium formation?. 96

Does ANO1 or ANO1 channel activity contribute to the distinct ciliary Ca2+levels?. 98

Figure 3. Association of poly(A) RNA and RNA binding protein (RBP) with the nimbus. 106 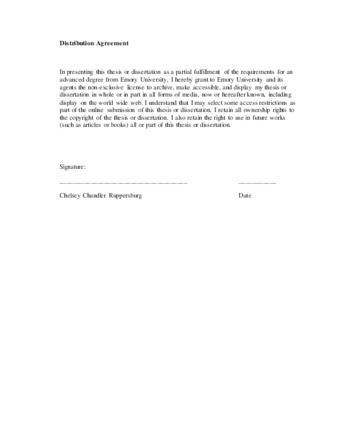