The Regulators of G protein Signaling (RGS) proteins were discovered as key modulators of G protein-coupled receptor (GPCR) signaling. Acting as GTPase accelerating proteins (GAPs), RGS proteins catalyze GTP hydrolysis of activated Gα-GTP subunits through binding of their conserved RGS domain to activated Gα subunits. One of the most complex RGS proteins, RGS14, has a unique sequence structure that suggests it serves additional physiological roles aside from acting as a GAP for activated Gα subunits. In addition to the canonical RGS domain that binds activated Gαi and Gαo subunits, RGS14 possesses two tandem Ras/Rap-binding domains (RBDs) and a G protein regulatory (GPR) motif. This GPR motif binds directly and selectively to inactive Gαi1 and Gαi3 subunits. When bound to inactive Gαi1/3, RGS14 acts as a guanine nucleotide dissociation inhibitor (GDI), preventing these Gα subunits from binding GTP and becoming activated. The capacity of RGS14 to bind both activated and inactivated Gαi subunits indicates that RGS14 may play roles in unconventional G protein signaling pathways, which do not require GPCR-mediated activation of the Gα subunit. In this case, RGS14 would act similarly to other GPR-domain containing proteins that function with Gαi in the absence of GPCRs. The data presented here show the first evidence of an RGS protein participating in unconventional G protein signaling, and support the idea that RGS14 sits at the interface of both conventional GPCR-dependent and unconventional GPCR-independent G protein signaling. Our data show that an RGS14:Gαi1-GDP complex can be acted on by the non-receptor guanine nucleotide exchange factor (GEF) Ric-8A, a protein found to be highly involved in specific unconventional G protein signaling pathways. RGS14 also forms Gαi/o-dependent complexes with GPCRs, which are subsequently regulated by Ric-8A depending on the activation state of the receptor. Our results showing that RGS14 can interact with activated H-Ras in a Gαi-regulated manner suggest that RGS14 may serve as a molecular switch between binding H-Ras/Raf and regulating MAP kinase signaling to binding Gαi and regulating G protein signaling. Together, these data illustrate that RGS14 is a very unique RGS/GPR protein that may lie at the nexus of divergent G protein signaling pathways.

Regulator of G Protein Signaling 14 (RGS14) at the Interface of Conventional and Unconventional G Protein Signaling
By
Christopher P. Vellano
B.S., Wake Forest University, 2006
Advisor: John R. Hepler, PhD
A dissertation submitted to the Faculty of the James T. Laney School of Graduate Studies of Emory University in partial fulfillment of the requirements for the degree of Doctor of Philosophy
Graduate Division of Biological and Biomedical Sciences
Molecular Systems Pharmacology
2012

1.6 Overall Hypothesis and Objective of this Research...24-25

Chapter 2: Activation of the Regulator of G protein Signaling 14 (RGS14):Gαi1-GDP signaling complex is regulated by Resistance to Inhibitors of Cholinesterase-8A (Ric-8A)...26 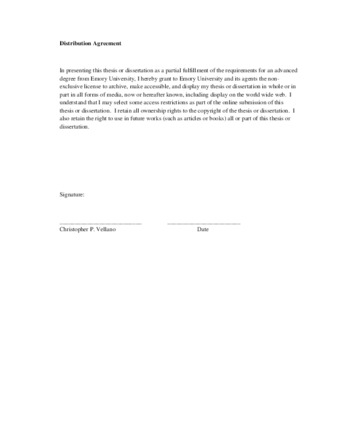