Dystonia is a neurological movement disorder characterized by sustained or intermittent muscle contractions causing abnormal, often repetitive, movements or postures. Abnormal dopamine neurotransmission is associated with many different dystonic disorders. For instance, mutations in genes critical for the synthesis of dopamine, including GTP cyclohydrolase 1 and tyrosine hydroxylase cause l-DOPA-responsive dystonia. Despite evidence that implicates abnormal dopamine neurotransmission in dystonia, the precise nature of the dopaminergic defects that result in dystonia is not known. To better understand these defects, we generated a knockin mouse model of l-DOPA-responsive dystonia that recapitulates the human p.381Q>K TH mutation (c.1141C>A). Mice homozygous for this mutation (DRD mice) had reduced TH activity throughout the brain and striatal dopamine concentration that were ~1% of normal. Although the gross anatomy of the nigrostriatal dopaminergic neurons was normal in DRD mice, the microstructural target of corticostriatal synapses was affected; corticostriatal input in DRD mice showed a shift away from synapses on dendritic spines towards dendrites themselves. DRD mice displayed the core behavioral features of the human disorder, including dystonia that worsened throughout the course of the active phase, and improvement in the dystonia in response to both l-DOPA and trihexyphenidyl. Administration of D1- or D2-type dopamine receptor agonists reduced the dystonic movements while administration of D1- or D2-type dopamine receptor antagonists worsened the dystonia, suggesting that both receptors mediate the dystonic movements. Further, D1-dopamine receptors were supersensitive; adenylate cyclase activity, locomotor activity and stereotypy were exaggerated in DRD mice in response to the D1-dopamine receptor agonist SKF 81297. D2-dopamine receptors responses were blunted or altered in DRD mice with an increase in adenylate cyclase activity and blunted behavioral responses after challenge with the D2-dopamine receptor agonist quinpirole. Together, the findings here implicate developmental dopamine loss within a specific range in the development of dystonia. Further, they implicate maladaptive changes to dopamine receptor responses as important factors for this disorder.

Dysfunctional DA neurotransmission as a common molecular pathway in dystonia. 11

DA and the development of the basal ganglia. 19

Evidence for DA dysfunction in dystonia. 20

DRD as a disorder prototypical of dystonia arising from DA dysfunction. 23

Chapter 2: In vivo molecular, neurochemical, and anatomical effects of the p.382Q>K mutation in TH

Normal gross anatomy of midbrain and striatum in DRD mice. 54

DRD mice: contribution to the field. 115 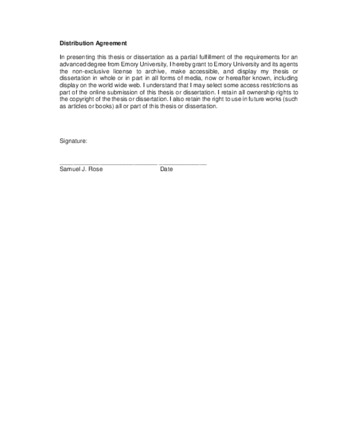