Abstract
Amyloid: Merging the Properties of Membranes and Enzymes
By W. Seth Childers
Since the first observation of amyloid deposits more than 150 years ago, amyloid fibers have
played a critical yet uncertain role in neurodegenerative disease. At the core of this uncertainty are
the cross-β variations proposed to lead to distinct amyloid polymorphs that underpin different
phenotypes. Yet it is unclear how peptide sequence directs polymorphism and functional
differences. Here I have used the critical nucleating core of the Alzheimer's Disease peptide, Aβ(16-
22), as a model to address the molecular origins of amyloid polymorphism and understand core
properties that lead to amyloid's diverse functions. Solid-state NMR and diffraction studies revealed
that simple amino acid changes direct structural polymorphs by modulating both β-strand and β-
sheet pleat registry. Interestingly, these short peptides form hollow nanotubes in which peptides
interact via termini interactions to form a peptide bilayer wall. Like membranes, these amyloid
assemblies have diverse conditionally dependent phases including fibers, nanotubes, oligomers,
twisted and helical ribbons, and lamellar bundles of nanotubes. The cross-β assemblies bind small
molecules (e.g. congo red) and precisely template them into organized molecular arrays providing the
spectroscopic origins of congo red's apple-green birefringence. I further demonstrated that these
lysine-rich amyloid assemblies serve as retro-aldolase catalysts. Taken together, I argue that physical
properties of amyloids can best be seen as merging the long-range order of membranes with the
catalytic features of enzymes and that simple amyloid structures could provide an early prebiotic
catalyst leading to the emergence of complex chemical systems.

The Next Structural Challenge: Strain Diversity 7

Extension of the Strain Concept to Neurodegenerative Disease 11

Creating Nanotubes and Fiber from Oligomers 121

Impact of Filament Width on Morphology 128

Influence of Salts on Peptide Oligomerization 129

Probing the Degree of Phase Separation 145

CR Binds to E22L Nanotubes that Expose the Termini Surface 172

CR is Oriented Along the Nanotube Surface 176

Amyloid as a Peptide Bilayer Membrane 214

Amyloid as a Catalyst 217

Amyloid: A Platform for the Emergence of Chemical Systems 218 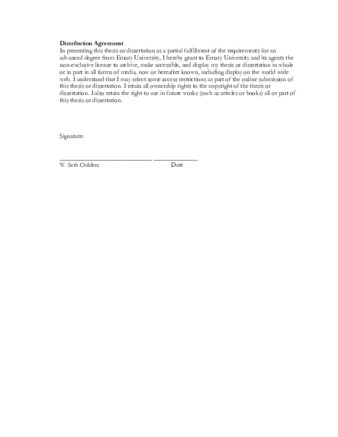