Abstract
"Take Up Your Cross and Follow Me": The Gospel of Mark and Social Identity Formation

This thesis explores the success of the early Jesus movement in spite of its poor reception in the
Roman world. In particular, I examine the social identity of purposeful suffering and servanthood that
the gospel of Mark fostered in its original first century audience. While many scholars believe that the
gospel was either written for the author's community or written with a universal audience in mind, I
provide an alternative to this debate, suggesting instead that the gospel was an ideological text that
worked to form a community out of those who heard it read. I use social identity theory to examine the
nature and goals of this intended community. This thesis concludes that the social identity perpetuated
by the gospel was one that held Jesus as its prototype, treating his suffering and service as normative
models to be emulated. I argue that Mark provides a socially alternative identity in a fictive kinship
structure based on service relations that holds women as models for behavior. This identity of suffering
was able to sustain itself because within Mark's narrative, it was equated with social capital in the
coming kingdom of God.

Chapter Three: The Social Identity Perpetuated by Mark's Gospel (29)
Form and Function: The Gospel Genre (30)
Social Identity and the Formation of a Community (31)
Mark's Ingroup (45)
Conclusion (59)

Chapter Four: Mark's Identity of Suffering as Positive: Towards the Kingdom of God (60)
Alternative Identities in the First Century: The Outgroups (60)
The Cross as the Ultimate Honor/Shame Competition: The Elders, The Chief Priests, and the Scribes (67)
Reconfiguring Suffering as a Positive Ingroup Identity (71)
Conclusion (75)

Conclusion: The Special Place of Mark in the Twenty-First Century (76)
The Contemporary Markan Identity (78) 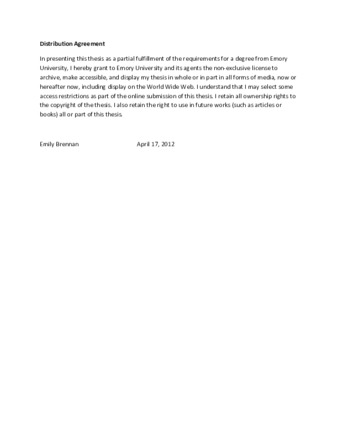