Why do opposition parties form pre-electoral coalitions when competing against authoritarian regimes in unfree and unfair elections? This dissertation argues that solutions to two distinct collective action problems motivate opposition coalition formation. First, opposition parties seek to negotiate and forge non-competition agreements to avoid multiple opposition candidates competing against the dominant incumbent. Such agreements eliminate the splitting of opposition votes. Second, opposition parties seek to campaign jointly to signal unity and ideological moderation. The aim is to encourage voters to turn out and vote strategically for coalition candidate(s) no matter their partisan background, thus maximizing vote share and the probability of electoral victory against the dominant incumbent autocrat.

The incentives and costs to solve these two collective action problems varies depending on the form of electoral campaigning that autocracies engage. Ceteris paribus, valence-based electoral campaigning is likely to induce bargaining over non-competition agreements only. Opposition leaders have no need to campaign jointly when voters perceive all opposition parties to be ideologically similar. Inducing cross-party strategic voting is not needed because it is not an issue. Spatial-based electoral campaigning, however, induces ideologically polarized opposition parties to form alliances with both non-competition agreements and joint coalition campaigns. Party leaders need to educate, persuade, and convince their supporters that pooling their votes through cross-party strategic voting represents their best chances of defeating the incumbent autocrat.

I test this theory of opposition coalition formation through multiple research methods in Singapore and Malaysia – two most similar, durable electoral authoritarian regimes in the world. Where opposition parties are ideologically similar, as in Singapore, opposition parties imitate warring factions. Approaching elections, they primarily focus on coordinating over non-competition agreements, and make feeble attempts at jointly signaling unity. Where opposition parties are ideologically distant, as in Malaysia, the desire to expand beyond their narrow constituencies and win heterogeneous districts strongly incentivize these niche parties to create alliances with both non-competition agreements and joint coalition campaigns. In short, different forms of opposition collective action spring from a delicate assessment of the balance between the perceived costs and benefits of inter-party cooperation.

Chapter 3: How Autocracies Campaign: The Merger and Separation of

Chapter 4: How Opposition Coalitions Campaign: Opposition Coordination and Signaling in Singapore and Malaysia, 1965-2015   116 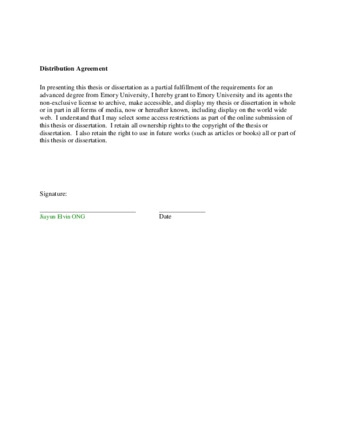