Abstract
The Pathogenesis of Polyomavirus-Associated Allograft Nephropathy in Mice
BK virus is a fairly ubiquitous human polyomavirus that has emerged as an
increasing threat in renal transplantation. Polyomavirus-associated allograft nephropathy
(PVAN), caused
of graft loss.
Surprisingly, much remains unknown about the pathogenesis of this condition. We
recently published a mouse model of PVAN, utilizing mouse polyomavirus (MPyV)
infection and kidney allograft transplantation.
Herein, we use the mouse model of PVAN to further investigate clinical variables
and disease mechanism. We find that the timing, source, and initial titer of infection have
a significant impact on the severity of PVAN, with acute, high titer infection of the
transplant recipient producing the most profound disease. We find no correlation
between PVAN and ischemia/reperfusion injury or MHC matching, despite the fact that
improved MHC matching results in a decreased viral load. Intrigued by the lack of
correlation between viral load and disease, we observe that splenectomized aly/aly mice
(which are unable to mount a primary adaptive immune response) do not develop PVAN
despite exceptionally high viral loads. This implies that PVAN is not simply a
consequence of direct viral cytopathology, but instead requires an intact host immune
response.
To continue to investigate the role of the host immune system on PVAN
pathogenesis, we performed adoptive transfer experiments. Only the transfer of anti-allo
(and not anti-viral) T-cells into acutely infected, transplanted aly/aly mice resulted in the
lethal PVAN phenotype. Similarly, we transferred OVA-specific TCR transgenic CD8
T-cells (OT-I cells) into B6 mice after transplantation and MPyV infection. This transfer
caused rejection and death when the targeted OT-I epitope was displayed on the
transplanted kidney, but not when it was expressed by recombinant MPyV. Consistent
with this data, addition of immunosuppression into the mouse model resulted in improved
allograft function and survival. Taken together, these data allow us to propose a
immunopathogenic mechanism for PVAN, in which a subclinical alloimmune response is
boosted by the inflammatory microenvironment of the infected kidney, becoming
sufficiently augmented to mediate clinical rejection. This previously unappreciated
interplay between host alloimmunity and viral inflammation may have important
implications for human transplantation.


The Pathogenesis of Polyomavirus-Associated Allograft Nephropathy in Mice


B.A., Harvard University, 2005
Advisor: Kenneth A. Newell, M.D., Ph.D.
Co-Advisor: Aron E. Lukacher, M.D., Ph.D.
A dissertation submitted to the Faculty of the
James T. Laney School of Graduate Studies of Emory University
in partial fulfillment of the requirements for the degree of
Doctor of Philosophy
in Immunology and Molecular Pathogenesis
2012


I. An Introduction to Virology

VII. A Mouse Model of PVAN

Timing and source of infection by MPyV predict outcome
58

Figure 3: Prolonged cold ischemic time does not increase the magnitude of MPyV-
62

Figure 4: Low-dose MPyV infection is not associated with allograft loss
63

Figure 5: MHC class I-deficient B6 donor kidneys are not rejected by MPyV-infected 64

Figure 6: MHC matching does not confer protection from PVAN
65

Figure 7: High viral load is not associated with increased loss of renal allografts
66

Figure 2: Anti-donor CD8+ T-cells and MPyV are both required to cause
95

Figure 3: Anti-viral OT-I cells and MPyV are insufficient to cause rejection
96

Figure 4: Viral infection lacking kidney tropism does not recapitulate the
97

Figure 6: A proposed model describing the mechanism of PVAN-mediated
99 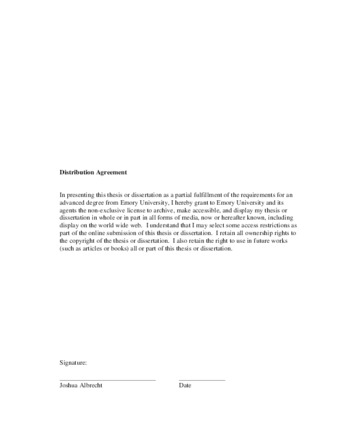