Abstract
The regulation of Base Excision Repair by Sumoylation in Saccharomyces cerevisiae
By Harry R. Powers

Oxidative stress caused by reactive oxygen species is one of the main sources of DNA damage in the cell. Oxidative DNA damage can be cytotoxic or mutagenic and is also know to contribute to the development of cancer, neurodegenerative disorders, and aging in humans. In order to combat these deleterious effects, cells have evolved DNA repair pathways. The main repair pathway for oxidative DNA damage is the base excision repair (BER) pathway. In this project, we are investigating the Saccharomyces cerevisiae BER protein, Ntg1 which is a bifunctional Nglycosylase and AP lyase. Ntg1 is know to be modified by the small ubiquitin-like modifier (SUMO) in response to oxidative stress. We hypothesize that sumoylation is regulating the function of Ntg1 to repair nuclear DNA in response to oxidative stress. In order to determine the function of the sumoylation of Ntg1, it was first necessary to identify the sites of sumoylation of Ntg1. Putative sumoylation sites were identified using SUMO site prediction software. Site-directed mutagenesis was used to generate Ntg1 with lysine to arginine substitutions at the putative sumoylation sites. Immunbloting was then employed to determine the sumoylation status of the Ntg1 mutants. Our results indicated that Ntg1 is sumoylated at least five residues. The C-terminus is the main site of SUMO modification of Ntg1 with K396 being the principle sumoylation site followed by K376 and K388. Additional, tertiary sites of sumoylation are located at K20 and K38, both on the N-terminus. From this research, a non-sumoylatable Ntg1 has been created that can be used in functional studies to determine the manner in which sumoylation regulates the function of Ntg1. 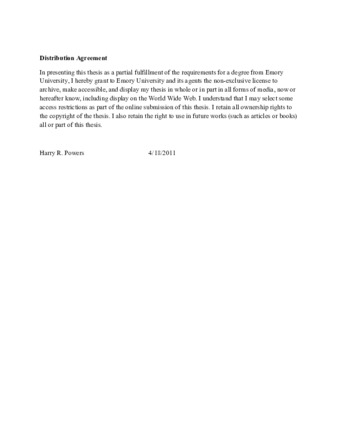