Among malignant cancers, glioblastoma multiforme (GBM) is one of the most aggressive and lethal; patients typically die within a year of diagnosis despite current treatments, which include surgery, chemotherapy and radiation. Because of its treatment-resistant nature, it is important to develop novel, selective therapeutics that can undermine the mechanisms used by this cancer to progress despite an aggressive therapeutic regime. Members of the Van Meir Laboratory at the Winship Cancer Institute of Emory University identified glycoprotein galectin-3 as a candidate for a novel therapeutic option for GBM. A modified form of galectin-3 containing a 37 amino-acid signal peptide sequence at its N-terminus demonstrates powerful, tumor-specific apoptotic ability; notably, against several GBM cell lines. Here we develop additional galectin-3 variants containing distinct N-terminus alterations in an effort to better understand how addition of a signal peptide to galectin-3 enhances its pro-apoptotic ability. More specifically, we aim to understand whether N-terminus elongation or an innate quality of the signal peptide itself enhances the ability of galectin-3 to induce apoptosis of tumor cells. We developed four recombinant galectin-3 variants through PCR-based cloning methods, expression in bacteria and affinity chromatography protein purification. We assessed the effects of each on the cell viability of human GBM cells and found that both full-length-recombinant galectin-3 and a truncated form of the protein lacking several collagen-like domains within the protein's N-terminus led to a slight increase in the GBM cell viability. Elongated galectin-3 had no effect on the viability of the cells and sGal3, engineered with a signal peptide at the N-terminus, led to a drastic decrease in cell viability within 24 hours. These findings suggest that the specific signal peptide addition to sGal3 grants the protein with enhanced apoptotic ability and cannot be mimicked by generic additions to the protein's N-terminus. The variants produced in this work will serve as useful tools for discovering more about the function of the N-terminus of the galectin-3 protein, which may prove useful in further unearthing its roles in cancer.

Galectin-3 as a potential therapeutic for GBM 12

Scope of the Thesis 13

Galectin-3 can be purified using a GST purification protocol 20

Recombinant Galectin-3 does not reduce the cell viability

of LN229 GBM cells, while recombinant sGal3 does 23

Figure 4 - Galectin-3 can be purified through GST-purification 21

Figure 6 - sGal3 can be efficiently purified with the His-tag purification method and detected via western blot. 23

Table 1 - Galectin-3 has many different roles in cancer and its function is often dependent on its location. 11 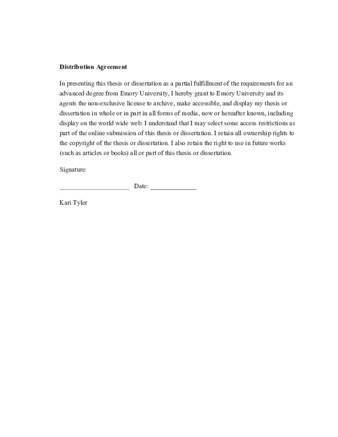