The advent of social media platforms such as Facebook has drastically changed the online environment in the past decade by allowing users to exchange ideas, feelings, and other media at an unprecedented rate. Consequently, social media has had an increasingly significant influence on multiple facets of modern life beyond online communication. Because this social networking phenomenon is relatively new, few research studies have examined the overall effect of frequent social media use on the mental health and well-being of its users. This limited understanding is particularly concerning in the context of teens and young adult users, as these groups tend to spend the most time socializing online and are therefore at the greatest risk of experiencing potentially negative effects. Recent findings show heavy social media usage rates among teens; these heavy usage rates suggest that a large part of teens' social and emotional development is now happening on the Internet, and this phenomenon may be continuing into young adulthood. There are many conflicting views on the effects of frequent use of social media--some findings suggest positive effects while others suggest negative effects, although most studies suggest some type of effect on the mental health of users.

To help address this knowledge gap, a quantitative study was conducted to explore the relationship between social media use and mental health within a college population. A web-based survey gathered retrospective data on students' moods, mental status, and behaviors related to social media use. One-way ANOVA analyses and independent-sample t-tests were used to determine any statistical relationships between variables. Results of an independent-samples t-test indicate that students do perceive overuse of social media as detrimental to mental health, and in fact, they may be correct about their beliefs. For students who perceive overuse of social media as problematic, this could be a target area for future intervention. Although, results of one-way ANOVA procedures suggest no relationship between Facebook use--both frequency and amount of time spent--and mental health within the study population. However, due to the limitations of this study, further research is warranted to fully understand this issue.

Background of the Problem.. 1

Statement of the Problem.. 4

Purpose of the Study. 5

Significance of the Study. 5

Statistical Results--Facebook Use and Mental Health. 45

Appendix A. Social Media Use and Mental Health Survey. 56

Figure 4. The Process of Change Model 22

Figure 5. Relative Importance of Facebook Over the Past Year 33 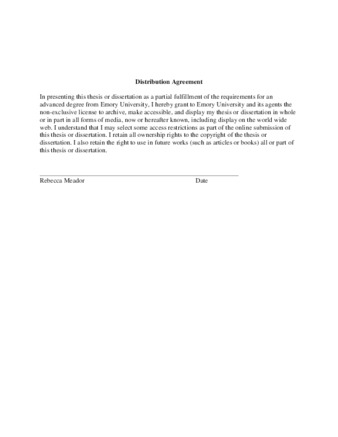