Abstract
The relationship between prodromal symptoms and autistic features: A comparison of schizotypal personality disorder and 22q11.2 deletion syndrome
By Michelle L. Esterberg

Despite clear diagnostic distinctions, schizophrenia and autism share symptoms on several dimensions. Recent research has suggested the two disorders overlap in etiology, particularly with respect to genetics. Studying the relationship between psychotic-like and autistic-like symptoms in risk groups such as 22qDS and schizotypal personality disorder has the potential to shed light on etiologic factors; thus, the current study examined prodromal symptoms and autistic features in a sample of 22qDS and SPD subjects using standardized measures (SIPS and ADI-R). Results showed that SPD subjects showed significantly more severe social and stereotypic autistic features, as well as more severe positive prodromal symptoms. The two groups did not differ on negative, disorganized, or general prodromal symptoms, but were distinguishable based on correlations between prodromal and autistic features. Furthermore, cluster and discriminant function analyses revealed empirically-derived groups based on autistic and prodromal symptom severity. Finally, analyses showed that genotype of COMT, a risk gene located in the 22q deletion region, interacted with diagnostic group to influence severity of prodromal symptoms. Results herein highlight the importance of studying overlap in diagnostic phenomenology in groups at risk for developing either psychosis or autism, and point to a potential chromosomal region that confers risk for neurodevelopmental disorders such as schizophrenia and autism.

A dissertation submitted to the Faculty of the
James T. Laney School of Graduate Studies of Emory University
in partial fulfillment of the requirements for the degree of
Doctor of Philosophy
in Psychology
2011 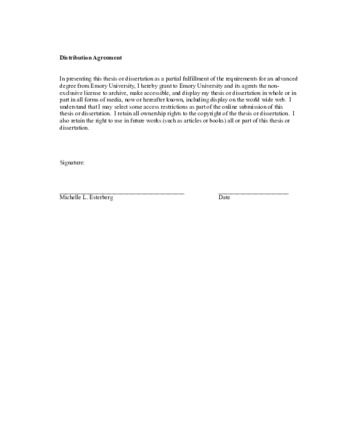