Following the Minneapolis riot in 1966 on the North Side of the city, an organization was created to meet the needs of blacks on the North Side. The organization listened to the political, social, and economic complaints made by the black community. The organization was "The Way Opportunities Unlimited, Inc." which was located in Minneapolis, Minnesota from 1966-1970. "The Way" was a peculiar enterprise that utilized tenets of the Civil Rights and Black Power Movements. Few studies document the history of blacks in Minneapolis and even fewer studies document the existence of "The Way." Through reconstructing the history of "The Way", this thesis provides a background for the development of the Black Power Movement in Minneapolis and establishes the history of blacks in Minneapolis and their place in the larger U.S. Black Freedom Movement. The thesis contains a brief history of the black experience in Minnesota from 1800-1965, an analysis of the 1966 and 1967 riots on the North Side of Minneapolis, and a detailed description of "The Way", its development, its existence, and its legacy.

"THE WAY" AND BLACK POWER

"THE WAY" HAD ITS CRITICS

"THE WAY" AND POLITICAL ACTIVISM

"THE WAY" AND ACADEMIA: THE ROLE OF "THE WAY" IN THE ESTABLISHMENT OF THE BLACK STUDIES DEPARTMENT AT THE UNIVERSITY OF MINNESOTA 1966-1969

EPILOGUE: THE DECLINE AND LEGACY OF "THE WAY" 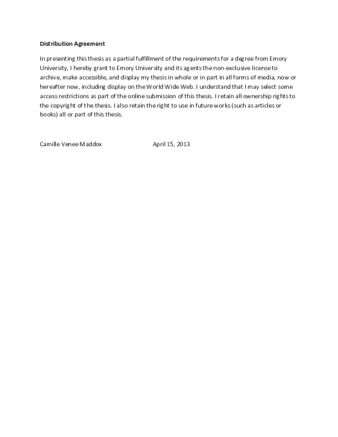