Impaired fertility affects 1 in 25 men, and though the specific underlying cause of impaired fertility is unknown in most cases, recent research has linked human male sterility to a gene called Germ cell-less like protein 1 (GMCL1), a homolog of Drosophila germ cell-less (gcl) (Kleiman et. al, 2003). Gcl is most well-known for its role in the proper formation of primordial germ cells (PGCs), the precursor cells to adult germ cells, or gametes (Jongens et al., 1992). The early separation of PGCs from the soma is a widely-conserved process that protects PGCs from somatic signaling during rapid development in other parts of the embryo, maintaining the integrity of PGC stem cell character late into development (Strome and Lehmann, 2007). In the syncytial Drosophila embryo, posterior nuclei surrounded by the germ plasm, a collection of nuclear determinants that specify PGCs (Mahowald, 2001), will bud early and cellularize before somatic cells form. gcl controls PGC formation by regulating the centrosome segregation that allows PGC nuclei to cellularize (Lerit et. al., 2017). However, the mechanism behind gcl controlled centrosome segregation is currently unknown. To investigate gcl controlled centrosome segregation, we evaluated potential Gcl binding partners that have known roles in centrosome segregation. Eb1 is a conserved protein found on the plus-ends of growing microtubules that functions in the centrosome segregation required to form the mitotic spindle (Rogers et. al., 2002). Eb1 was also previously identified as a potential interacting partner of Gcl in a high-throughput screen (Giot, 2003). We identified similar PGC reduction phenotypes and centrosome defects in gcl and Eb1 knock-out mutants, and we observed an increase in phenotype severity in double knock-out mutants that may indicate negative epistasis. Through the completion of these studies, we aim to clarify the mechanism behind germ cell development to better understand the role gcl plays in sterility.

I. Background and Motivation...1

b. Germ cell-less and male infertility...2

c. An overview of Drosophila embryogenesis...3

e. Eb1 as a potential interacting partner of Gcl...6

b. Immunohistochemistry of PGCs...9 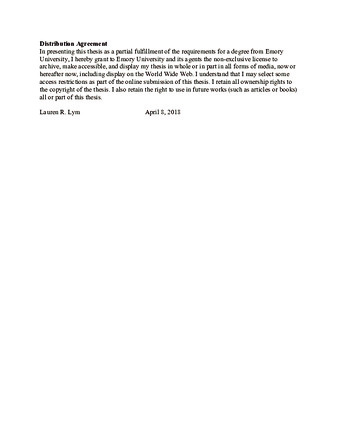