Spinal cord injuries (SCI) sever communication and interconnections between the autonomic system and the locomotive system. Due to the uncoupling of these two systems, the ability of the blood pressure and the respiratory system to adapt to movement is essentially gone. In this research, the autonomic interaction with locomotion was analyzed in neonatal rodents. The entire circuitry required to generate locomotion is housed within the upper lumbar spinal cord, and the circuitry is termed the central pattern generator. This region is also where sympathetic preganglionic neurons (SPNs) controling hindlimb function are also located. I hypothesized that the SPNs housed within the upper lumbar cord (L1-L2) contained intraspinal neural elements that connect to and modify locomotor circuits. To test this hypothesis, electrophysiological and pharmacological experiments were performed in the isolated neonatal rodent spinal cord maintained in vitro. In two different experimental paradigms, sacral dorsal root stimulation and bath-application of serotonin (5-HT) with N-methyl-D-aspartate (NMDA) induced locomotor-like activity in the spinal cord, reported electroneurographically from motor axons exiting lumbar ventral root L2. By electrically stimulating the motor ventral roots that also contain SPN axons during ongoing locomotion, the influence of the SPNs was explored. For sacral dorsal root stimulation-evoked locomotion, stimulation on a sacral dorsal root and a L2 ventral root increased the burst amplitude, showing that axons in the L2 ventral root can feedback and amplify motor output. However, such dual stimulation did not alter the locomotor rhythm. However, L2 ventral root stimulation during pharmacologically induced locomotion was able to alter the locomotor rhythm. Stimuli were shown to be able to 'restart' a locomotor cycle. Both observations demonstrate that axons contained within the L2 ventral root also have intraspinal connections onto the locomotor CPG. As motor axons are not able to do this, I assert that the axons are from SPNs. Overall these findings support an existing link between the autonomic and somatic circuits, independent of brain commands. Further research wil advance the understanding of sympathetic preganglionic neurons and their effect on the locomotor central pattern generator. This wil provide useful insight for advancement in neuroprosthetic devices for SCI patients.

Figure 1: Basic anatomy of the spinal cord...2
Figure 2: Schematics of the proposed organization of the spinal locomotor central pattern generator and general recording configurations...11
Figure 3: Ventral root stimulation on its own was not able to activate locomotion...13
Figure 4: Combined stimulation on dorsal and ventral roots increased burst amplitude on the same side...14
Figure 5: Ventral stimulation modifies 5-HT/NMDA induced locomotion...16 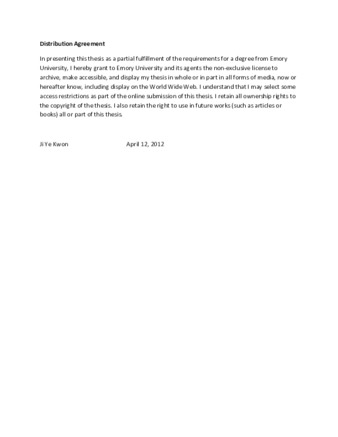