Polycystic kidney disease (PKD), a ciliopathy that features multiple inner medullary collecting duct (IMCD)-derived cysts, affects 600,000 Americans and has no current cure. Concentrations of 3'5'-cyclic adenosine monophosphate (cAMP) are elevated the PKD kidney and are thought to play a role in cyst development. Cyclic-AMP is produced by adenylyl cyclases (ACs), enzymes shown to stimulate cilia growth. Prior research has shown that lithium, a known inhibitor of ACs, increases cilia length in the brain. Speculating that lithium could elongate cilia in the IMCD, we treated mIMCD3-SSTR3-GFP cells (a mouse IMCD cell line stably expressing a GFP-tagged cilia marker) with increasing concentrations of lithium and found that cilia length is increased correspondingly. To determine if this observation is replicated physiologically, Sprague-Dawley rats were treated with or without lithium for 14 days. Kidneys were then perfusion fixed and cilia were detected by immunofluorescence staining. Cilia length in the IMCD was increased in lithium-treated rats (~30 %). Protein expression of Arl13b, a GTPase whose overexpression is associated with cilia elongation, was significantly increased in the renal inner medulla of lithium-treated Sprague-Dawley rats. Urinary cAMP levels were dramatically decreased in lithium-treated Sprague-Dawley rats compared to controls suggesting that lithium action in the IMCD occurs through inhibition of cAMP synthesis. Treating mIMCD3-SSTR3-GFP cells with a specific inhibitor for AC, SQ-22536, in the absence of lithium increased cilia-length to the same extent of lithium-treatment alone; however, lithium-mediated cilia elongation was attenuated when ACs were stimulated with forskolin or a cAMP analogue, dibutyryl cAMP, was added. Incubating cells with SQ-22536 and lithium did not have an additive effect. Collectively the data suggest that lithium-mediated cilia elongation in the IMCD occurs in a cAMP-dependent manner.

Figure 1. Structure of the mammalian kidney 21

Figure 2. Evolution of cysts from epithelial cells of the renal tubules 22 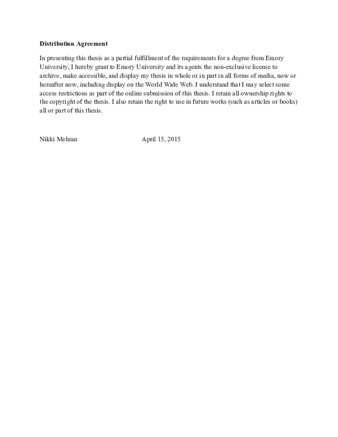