In the wake of the Holocaust Jewish survivors dispersed all across the world, mainly to the United States and Israel. A sizable number, however, made their way to Argentina, where today about 800 survivors still reside. While many chose Argentina solely because a relative was already living there the survivors were actually becoming members of the largest Jewish community in Latin America. In the past several decades many survivors have recorded their life stories, either in a video archive or in a published book. A critical analysis of several of these published oral histories revealed many insights about how the survivors felt and talked about their experiences in Argentina.

A focus on the interactions with the Jewish community in Buenos Aires, reactions to traumatic events such as the 1976 dictatorship and the AMIA and Israeli embassy bombings, and perceptions of anti-Semitism in Argentina demonstrated that the survivors were creating particular self-identities in their life stories that were shaped by those experiences. The patterns that emerged within the collection of oral histories pointed to a complex process of identity formation possibly resulting from feelings of rejection by the Jewish community, insecurity about the similarities between Argentina and nazi Europe, and fear of anti-Semitism in an overtly Catholic country.

The speculations that were drawn in this analysis revealed particularities about the experience of survivors in Argentina as well as general insights about the unique value of oral history as a literary form. Oral history is the subject of debate over its validity as a historical source. This work holds the opinion that while it may not be of use for the historical reconstruction of specific events, oral history is a valuable and crucial tool for understanding how individuals perceive and reflect on those events. 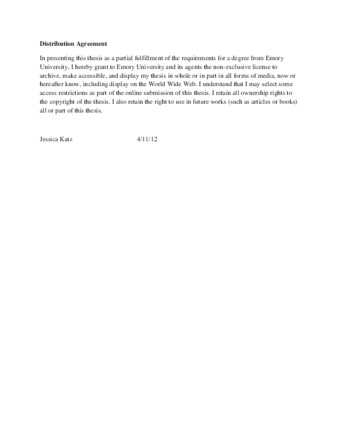