The basolateral complex of the amygdala (BLC) is known to be involved in the regulation of emotion, and over excitation of the BLC is thought to underlie the development of mood disorders. An imbalance in the activity of two neuronal subpopulations in the BLC, namely excitatory, glutamatergic, principal neurons and inhibitory, GABAergic, interneurons can cause the amygdala to become hyper-excitable. Chronic stress is known to cause such a change and facilitate a type of synaptic plasticity, long term potentiation (LTP) in the BLC. Moreover, LTP formation in the BLC is calcium-dependent, and requires activation of dopamine D1 receptors that are coupled to the adenylate cyclase, cAMP, and protein kinase A second messenger cascade. Similar to stress, unpublished in vitro patch clamp studies in the Rainnie lab showed that rolipram, a phosphodiesterase type 4 (PDE4) inhibitor that blocks the hydrolysis of cAMP to 5'AMP, decreased the threshold for LTP induction and action potential generation, thereby increasing the excitability of BLC principal neurons. Significantly, increasing intracellular cAMP levels did not mimic the effect of rolipram, whereas increasing 5'AMP levels did. Thus, we reasoned chronic stress disrupts a baseline homeostatic regulatory system that detects 5'AMP levels and shifts induction thresholds to maintain homeostasis in the BLC. We proposed that AMP-activated protein kinase (AMPK), which is known to maintain homeostasis and conserve energy in the periphery, acts as a central metabolic sensor by detecting AMP:ATP levels in BLC neurons. Here, we used a multidisciplinary approach employing RT-PCR, Western blots, and immunohistochemistry to create a baseline profile of the AMPK signaling cascade in the BLC, and examined protein expression level changes following repeated restraint stress (RRS) and food restriction (FR) protocols. We report that principal neurons of the BLC express two upstream activators of AMPK, LKB1 and CaMKKβ, as well as AMPK itself, and downstream target Kv2.1, which is known to alter the threshold for action potential firing upon activation. Moreover, using selective AMPK activators we further confirmed the role of AMPK as a functional regulator for energy conservation in neurons under baseline conditions, and showed RRS can cause a persistent perturbation of neuronal homeostasis.

The basolateral complex of the amygdala: Anatomy and its role in fear memory formation...1

The role of second messenger systems in stress-induced synaptic plasticity in fear and anxiety circuits...8

AMP kinase: the potential homeostatic sensor in the amygdala that regulates synaptic plasticity and fear and anxiety...11

Baseline profile for AMPK and related cascades in the BLC...23

Effect of repeated restraint stress on protein expression levels of AMPK and related cascades in the BLC...28

Effect of food restriction on protein expression levels of AMPK and related cascades in the BLC...30

The presence of AMPK and related cascades in the control BLC...33

Examination of the functional role of AMPK in the BLC from control animals...36

Effects of chronic stress on AMPK and related cascades...37

Effects of food restriction on AMPK and related cascades...40

Figure 2a: A summary of the cAMP/PKA second messenger cascade and AMP-activated protein kinase system in the BLC...47

Figure 2b: A summary of proposed AMP-activated protein kinase system in the BLC...48

Figure 3a: Rolipram causes down shift of LTP induction threshold...49

Figure 5: An example of a principle BLC neuron and a sample of its electrophysiological profile...53

Table 5: Food restriction and 2-deoxy-D-glucose cause down shift of action potential generation threshold while 2-deoxy-D-glucose has no effect on BLC principal neurons obtained from food-restricted animals...69 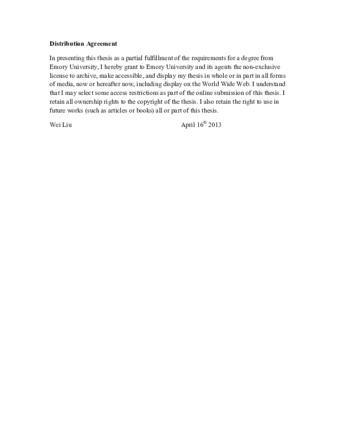