Rates of sexually transmitted diseases (STDs) have reached historic highs among US youth, who account for nearly half of the 20.3 million cases diagnosed annually (CDC, 2018). Additionally, teen pregnancy rates continue to remain much higher than other industrialized nations (Sedgh et al., 2015). These problems lead to health risks such as pelvic inflammatory disease (PID) and low birthweight infants, and together cost more than $15 billion annually (Chession et al., 2004; Hoffman, 2006; Chen et al., 2007). Comprehensive sex education (CSE) has been proven to be effective in reducing risky sexual behavior (Boonstra et al., 2014). Yet, the percentage of schools offering formal sex education has declined by 20% across the nation since 2000 even when federal funding for CSE has increased (Lindberg et al., 2016). The literature does not address the factors that influence CSE policy adoption at the local level nationwide. Thus, characterization of factors that influence how school boards vote for sex education policies is needed to help public health advocates create better interventions and educational strategies that may help increase CSE adoption nationally.

Data from the 2012 and 2016 School Health Policies and Practices Study (SHPPS) collected by the Centers for Disease Control and Prevention (CDC) are combined with data containing religiosity measures from the 2014 Pew Religious Landscape study and demographic data from the US Census. Logistic regressions found that the probability that school districts adopt CSE policies decrease with increasing religiosity of the state. Further analyses demonstrated the importance of parental input in sex education policy, and disproportionately high teen birth rates also attenuated the relationship between CSE and religiosity.

This study reveals two important factors influencing the adoption of CSE policies locally in the US: religiosity and parents. School boards react to negative communityfeedback by allowing parents to intervene on their children’s sex education. Public healthadvocates should tailor interventions that engage religious leaders, parents, and school boards in the community to promote awareness of the benefits of CSE and adoption of comprehensive curricula. The goal is for this information to help increase the adoption of CSE nationally as a tool in reducing extremely high STD and teen pregnancy rates among American youth.

Table 3: Marginal Effects for all Variables 47

Table 6: Marginal Effects for Type of Religion on CSE 52

Table 7: Marginal Effects for Type of Religion, by Hypothesis 52 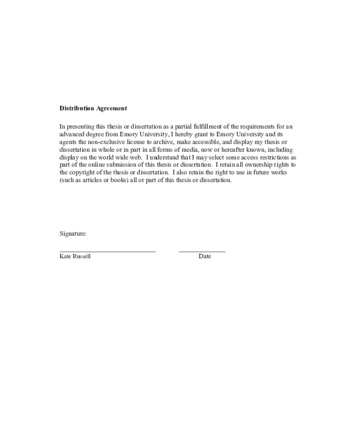